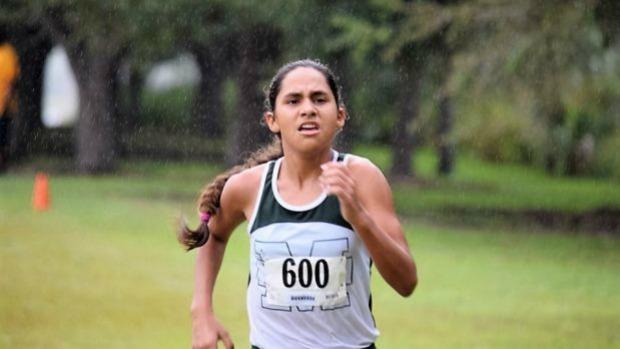 One of the most notable difficult cross country courses in Florida is Larry & Penny Thompson Park which is located in the southern part of Miami. Since 2002, when the FHSAA converted high school cross country races from 3 miles to a 5k, only the best of the best have been able to perform well there. In the past 15 years only 13 boys have been able to break the 16:00 mark and only 12 girls have broken the 19:00 mark. Most of them only did so once in their career, and for those that did, it was always a major accomplishment to be added to their resume. Interestingly enough, eight of those girl's performances have occurred in the last five years, symbolic of the major improvement in girls racing in South Florida from a decade ago.

The course at Larry & Penny has many factors that will always make it challenging. To begin, it is a single loop course which is primarily run through a narrow trail which only fits two or three runners wide. So if you don't start off with a good position, chances are you won't have many opportunities to pass others later on. Secondly, a good chunk of the course is run on bumpy coral rock. This very poor footing can be a nightmare due to a good amount of turns in the trails. Another big factor is that the course is not spectator friendly. Outside of the first and last 200 meters, where runners can get fan support, only the 1 mile and 1.5 mile mark offers runners a small section to race past cheering spectators. The second half of the race, you're on your own.

But of course the biggest factor is the Miami weather. The heat and humidity are a regular occurrence and they seemingly linger throughout the trail and make running a steamy affair. However, on rare occasions, the weather god blesses the course with a cool day with almost no humidity. On those days, major performances can occur such as we saw in 2014, and now once again in 2016. During a cold front during the end of October going into November in 2014 there were five sub 19:00 performances between 2A District 16 and 4A Region 4. Considering that at that point in time only six girls had ever broken 19:00 there before, adding four more to the list was a major deal. One of those runners, Alexa Cruz, had done it for the second time in her career.

Now fast forward to 2016 and this very day we saw two more sub 19:00 performances take place. First by freshman Natalie Varela winning her 2A District 16 morning race with a time of 18:38, which she noted was her goal in her recent article. And then by another freshman, Valerie Lastra, winning her 3A District 16 afternoon race with a blazing time of 18:17.60 setting the new course record. The previous record was set in 2010 by Stephanie Schappert of Pope John Paul II, who most notably just recently competed in the US Olympic Trials in the 1500m. Also to note, this was only the second time Lastra has run at the Larry & Penny course. The first time, she also happened to break the magic 19:00 barrier in winning the 305 Classic with a time of 18:55. Also to note, a third stellar freshman, Rahyah Andressohn won her 4A District 16 race with a quick 19:07 immediately following Lastra's record race. The future looks bright for these young ladies!