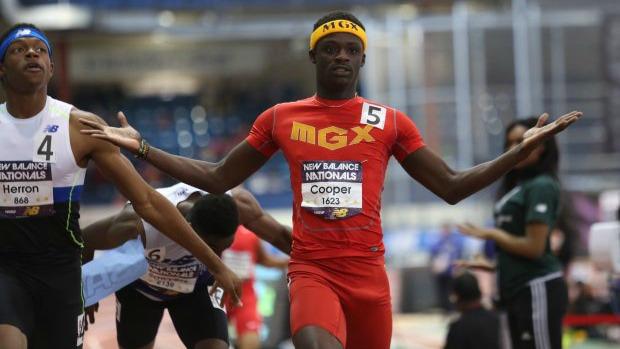 With all the indoor success Tyrese Cooper has accomplished in 2017, a national title seemed a sure fire bet. Cooper became the first male athlete in the history of New Balance Nationals Indoor to double up in the 200 and 400m dash winning the 400 in a meet record of 46.51 and the 200 in a sophomore class record of 21.05. Even more impressive than the times? The fact he did it with less than 30 minutes between races.

"I ran to him right after the race and started working on his legs and thighs elevating them for 20 minutes and massaging them," Coach Darius Lawshea said.

The duo knew it would be tough to pull off the double int hat amount of time so instead of worrying about records, the focus was just about getting the wins.

"He wasn't 100% going into the finals after working so hard in the 60m dash after he stumbled from last to first in the prelims, so last night we worked and soaked the legs and prayed God for strength," Lawshea added. 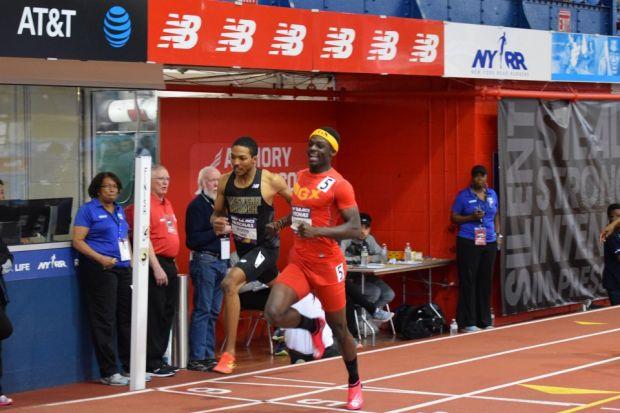 He will be back on the outdoor scene this weekend in South Florida at the Dade County Youth Fair Meet before gearing up for the high school state series and postseason events which our to be determined. It's safe to say this isn't the last we've heard from "Smoke". He'll be blazing up a track near you soon enough.