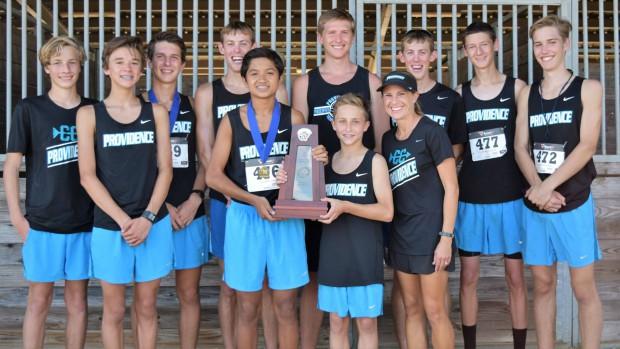 The Providence boys brought home their first district tile in 2016, were regional runner-up and finished fifth in the 1A Cross Country Finals. Coach Madeleine Combs Hamel gives us the Scouting report on a team that has years of experience running with one another.

2016 was a great building year for our team. We brought home our first district title and followed that up with a 2nd place finish at regionals. We finished top five in the state, but we recognize we had some missed opportunities in that race.

How is the team looking this year? What are your tentative top five and top seven?

We return six of our top seven from last season, so we have everything we need to make a legitimate run in 2017. Senior Pierce Sneed is projected to be one of our top runners and senior John Martin is running really well. Chris Messer, Brandon Peralta, and Addison Mills will all compete for a spot in the top five. Our young talent of Will Brady and Stephen Cartwright will have the biggest impact in team depth. Brady was consistently in our top three last season and is expected to continue that trend.

Three of our top seven have run together for five seasons (2017 will be their 6th): Sneed, Messer, and Mills. Peralta and Martin have been with us for three seasons, so we have a group that knows the history of this team and how much they've accomplished in short amount of time. This team is a close group. They hold each other accountable, but they also compete and push each other. We are very fortunate that we get to start developing talent when they are young. It allows for a more realistic approach to training and team goals. When you know you potentially have six years with an athlete, there isn't so much pressure to make everything happen in one or two seasons. We've been able to raise the bar each season with the elements of training we've introduced and we've finished higher at Districts, Regionals, and State. 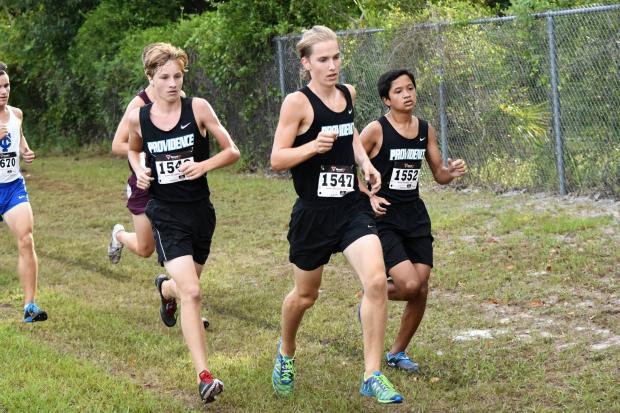 What has summer training been like? Have you gone to any camps?

We had a very low key summer. Several of our athletes were working summer camps; so we weren't together very much. We also had a few working through some injuries. We are beginning our 4th week of team training, and it's been very relaxed, but the boys are working hard. School started last week, so we are making the full transition into leaving summer behind. They know the effort they need to invest to be good and they understand the training components/focus for each workout.

Any new additions who may contribute? Any surprise non-returners?

Stephen Cartwright is a new addition. He's one of the younger runners mentioned earlier.  He's a solid addition that will have an immediate impact in our top seven. Depth is so important when you move into the championship phase of the season. You need to know you have guys that can move up and make a meaningful contribution if there's an injury or illness.

We expect to finish as District and Regional Champs this season, and we want a spot on the podium at state. We've qualified for state as a team for three consecutive seasons, but there's work to finish. Last season we had some really tight finishes. At the FLRunners.com Invitational, we finished one point behind Calvary Christian in the Small Boys Division, and then we finished five points behind Maclay at Regionals. Those losses resonate; every runner on our team from number 1 to number 10 recognizes that where they finish has an impact; it's not just about our top five. We are returning to FLRunners this season and we are going to Florida Horse Park; we haven't been to Ocala since 2014, so the boys that ran there three year ago are looking forward to returning to that course; we went as a group of MS boys trying to qualify for the FLYRA state meet that season and now those same boys are 10th and 11th graders.