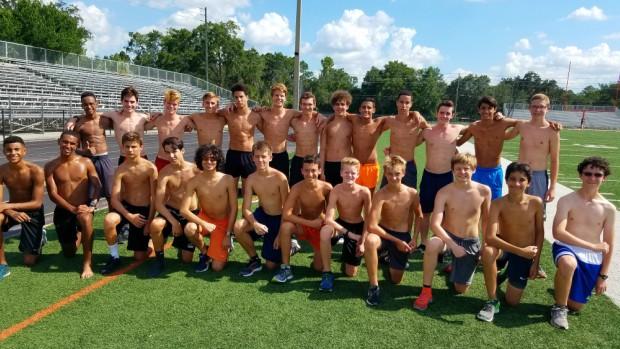 (The Oviedo boys were the preseason #1 team in 4A and the additions of the Galloway brothers definitely solidify that spot.)

Coach Dave Tibbetts takes over the reigns at Oviedo after spending last year as an assistant coach for both the boys and girls cross country teams. He gives us the low down on the 2017 Lions in our Scouting Report series.

How did your teams fare last season and what did you take away from 2017?

Our team had an amazing year last year. The girls team was really beaten up and were plagued by injuries so they didn't make it out of districts. But the guys team improved each race and we made it to States for the first time in Oviedo High Schools 4A history placing 11th.

How are the teams looking this year?  What are your tentative top five and top seven?

Both the boys and girls team are stronger than ever. For the guys, I have all eight of my returning runners from the State meet last year. Tyson Harper and Angel Vicioso have had an incredible Summer and are looking stronger than ever. It's going to be a dog fight for the top 7 positions this year. Every one of those guys are hungry and looking for a state title.

The girls team is healthy and looking to make it to Tallahassee this year. We have most of our returning Varsity girls along with some new Freshman that will make this girls team very competitive this year!

What are the strengths of both squads?

Without a doubt our biggest strength is the team chemistry. Some of these guys and girls have been running together since elementary school, They can anticipate each others moves and really work with each other during races. This is a close knit group both on and off the course. 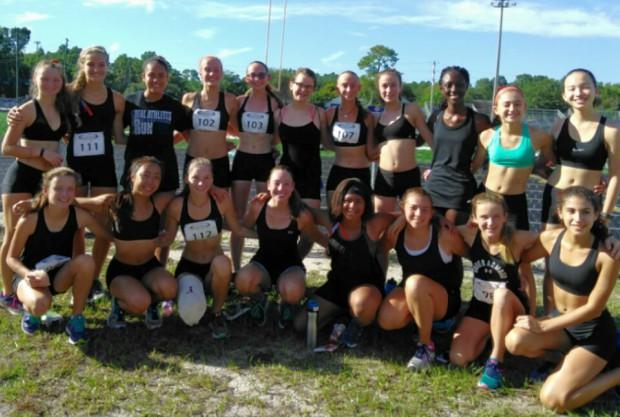 Our Summer training was great! Really solid runs with a trip or two to the Clermont Clay Roads. We were also able to take 17 of our runners to Brevard Distance Runners Camp which gave us a nice break from the Florida heat and run some beautiful trails. It was also another great bonding experience for the team.

Any new additions who may contribute?  Any surprise non-returners?

On the guys side all of our Varsity runners from last year are returning, but we've also added two runners from Trinity Prep. Mamush  and Kayamo Galloway. They bring the experience of winning a State Championship with Trinity Prep to our team. They're both gifted runners and immediately bonded with the other guys on the team. I'm really excited to see what they bring to our team this year! Along with the Galloway brothers, we also have several Freshman runners that have incredible talent giving this team real depth.

For the ladies I have five varsity girls returning this year, so we've already got a great base. We also have three freshman girls, Abbie Davis, Grace Davis and Bethany Jablon that have already made a big impact to our girls team. This is probably the most talented girls team that Oviedo has ever had and my expectations for the girls is extremely high this year.

The team goal for both the boys and girls is simple. Make it back to states and get on the podium.

I'm honored to be able to coach this group of extraordinary athletes. Our previous head coach, Paul Brown built this program that I have taken over. As a first year head coach I'm grateful to have the opportunity to lead this team and for confidence these athletes have shown in me.