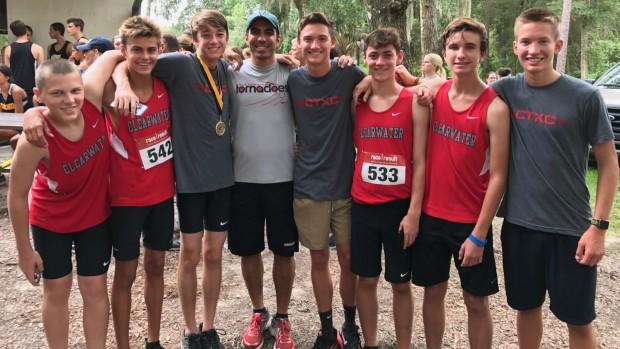 Coach Anthony Velardocchia is the new coach of the Clearwater boys' cross country team. After Coach Carroll moved to Tennessee the team was distraught, but "Coach V stepped" up and has been inspiring the boys every day with his positivity and funny jokes. The boys have been performing their best this year and along with Coach V., have hopes to go as far as they can in the state series.

Since taking over as the boys coach, is there anything being done differently this year, as far as training and workouts?

I would not say that there is much being done differently. What Coach Carroll has built here at Clearwater High is a product that works. Coach Denton and I are simply continuing with his framework. So, very similar to previous years, just with a different flare.

Did you attend any camps over the summer? If so, how did it impact the team?

Yes, we attended the Seminole Trails Running Camp. I feel like the camp did a lot of good for the boys team. They were able to get in a good amount of miles on some beautiful trails which, unfortunately, we do not have much of in Pinellas County. That camp experience is just one more thing that these boys share now and it is something they will always remember.

What is your most memorable moment with the boys' team?

It is impossible for me to pick just one memorable moment. Each day, whether it be at practice or at a meet, something happens where I think to myself that this is something I need to remember. For instance, on a light day a couple weeks ago, we ran to Walmart to pick up some fruit. We ran back to the high school with the fruit and ate it there. One of our boys bought a watermelon and it was amusing to see him juggle it all the way back to school!

How do the top seven look this year? 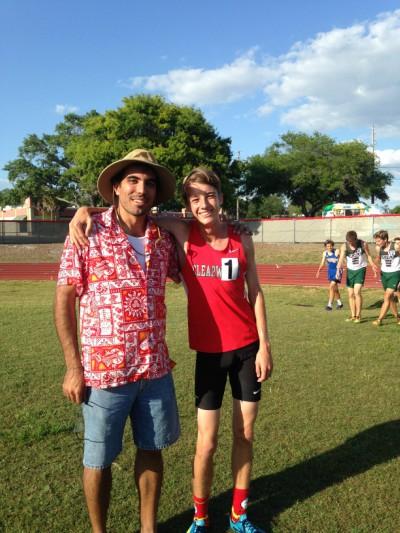 Fierce. They are hungry after seeing the success that our ladies cross country team achieved last year.  Both as a team and individually, they will achieve great things this season.

What is the ultimate goal for the team this season?

I am careful with how our team defines and sets goals. "Ultimate goal" has the implication that if we achieve it, the season was a success and if we do not achieve it, it was a failure. As long as we as a team, can work in such a way that for any given workout or any race that we compete in, we "have peace of mind, which is the direct result of self-satisfaction in knowing that we did our best to become the best that we are capable of becoming," then will we have achieved our season's goal.

What big invitationals are the team attending this year?

The team will be competing at the FLRunners Invitational as well as the UF Mountain Dew invitational.

What do you believe is the most beneficial track/tempo workout to prepare the team during a week of a big race?

If we are preparing for a big race, everything beneficial that we do ideally comes from the 9 to 10 days before the race. What we do during the week of a big race simply sharpens what we have been building. I do not have one specific "most beneficial workout". Each one that we do benefits our boys in some way, whether it be making them more fit, becoming mentally tough, more efficient as runners, having more strength the second half of the race, etc.

How long would you like to continue coaching at Clearwater?

Coaching, as I have experienced in these first few months, is a big sacrifice. I have been around the sport for a few years through my own running and when I coached at Tarpon High for a short period of time, so of course I enjoy it.  I like to take these things one day at a time, though.  We will see.

I do not believe that I, nor anybody, will be able to fill Coach Carroll's shoes, but we do the best with what we have been entrusted with.  I look forward to the rest of this season and am already proud of my boys' team for them being the people that they are. Whatever they achieve is simply icing on the cake.

Athletes weigh in on Coach V. 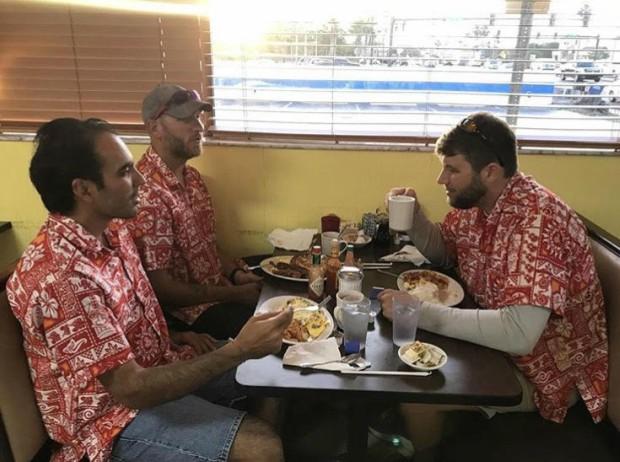 "Two years ago at cross country camp in Helen, Georgia, we'd run miles in the mountains. Mr. V, still assistant coach at the time, forgot his running shoes. But that didn't stop him from getting his mileage in. Mr. V would run with the team barefoot on the trails. Ever since, the team called him the "mountain goat". It has become a real tradition on the team. Mr. V even had shirts made that said "Mountain Goat of the Week" to pass out to a different team member every week that exhibited the characteristics of a leader or determination.  It's things like this that Mr. V does that show us that our hard work doesn't go unnoticed." 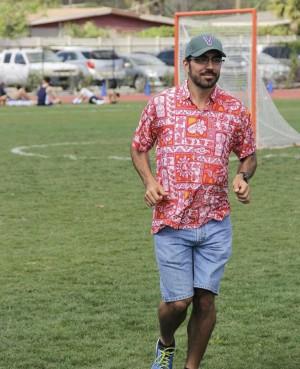 "When Carroll left it felt like part of the team had gone missing. Even though he was the boys' coach, he impacted the girls' team as well. Some of us looked at him as a fatherly figure which made him so special. It also seemed like Carroll, Denton, and V were the three musketeers, twinning in Hawaiian shirts at the meets and making us eat Bojangles after races. The three of them just meshed perfectly together and created an atmosphere that was so enjoyable on the team. But even now with Carroll gone, V has really stepped up beside Denton and the two of them have been creating an awesome vibe. We could never function as a team without Coach Denton and Coach V."

"Coach V. is the most positive and kind guy I've ever met. Not only does he push us and build up our self confidence at practice, but he also has a lot of us in class. He's always offering additional help with math after school and during lunch."