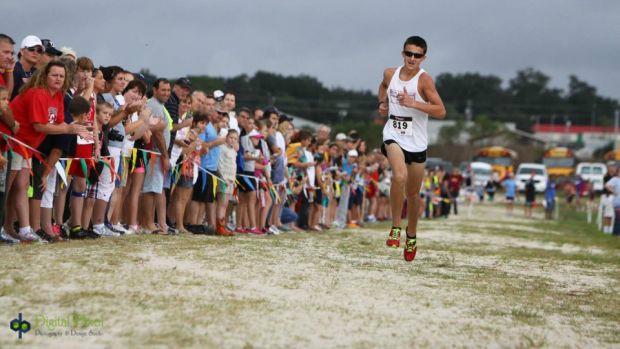 The world was introduced to the selfie, Candy Crush was all the rage, and Miley Cyrus was popular with her hit "Wrecking Ball". The year was 2013. Trevor Foley was just an 8th grader, one of the best middle school runners in the state of Florida, and had just finished second to Joey Fitzpatrick in the FLYRA Middle School State Championship. That was the last time he stepped foot on the Holloway Park course in Lakeland.

"2013 was really my break out season for middle school," Foley explained. "I was undefeated the whole year and was much faster than anyone else. A week before states I tore my hamstring during a game of paintball and had to take a whole week off and run with a really bad hamstring."

Fitzpatrick went onto beat him in that race in a middle school course record of 9:48.30. Foley's time of 9:56.30 currently stands as the third fastest ever. He doesn't remember the course being too difficult four years ago, but realize he could have a wake up call at some point during the race.

That race is the FLRunners.com Race of Champions. Although, the course might be relatively new to him, the competition level he will see on Saturday won't be. Foley, who transferred from Hernando to 1A Citrus Park Christian won the middle school race at FLR14.

He competed in the Race Of Champions as a sophomore while the meet was at Chain of Lakes Park in Titusville where he finished 6th with time of 15:54.00, the second fastest time he ran the whole year.

"That was a really bad race for me," he said. "I wasn't prepared at all, but the competition of the meet was fantastic. If I remember correctly literally all of the top ten guys were there. It was a very competitive meet." 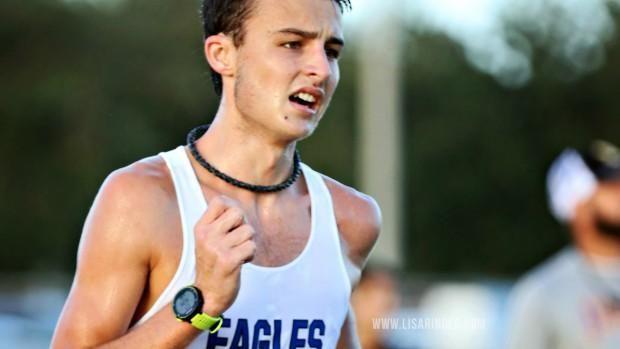 Foley is the state leader in the 5k this season with his best of 15:20. To prove that initial race was no fluke, he ran 15:21 at the Trinity/Valkyrie Invitational behind Flo 50 #7 Dustin Horter. Last week he broke Foot Locker National Finalist Tyler Bennett's North Port XC Invitational meet record in a time of 15:21.50. Unlike past years, consistency has been key for the Eagle's standout in 2017.

"My coach (Ray Friedman) is big on consistency and that's something I've really lacked in the past," he noted. "Just running every day and to be surrounded by a successful team is something different. My training has been going very well. Just still stressing the strength workouts like long tempos.

This Monday, Foley did 8.5 miles at 5:19 pace, normal because 5:20 is tempo pace. He also did workouts like 2x5k, 5x1mile at sub 4:40 pace, and long fartleks. Those are workouts he knows that will prepare him for Saturday and the remaining weeks and months ahead.

"The game plan for Saturday is to get the win as easy as possible," Foley said. "I have Pre-State and then a race in Georgia the following week. I just want to stay chill and relaxed, but I'm feeling faster than ever."