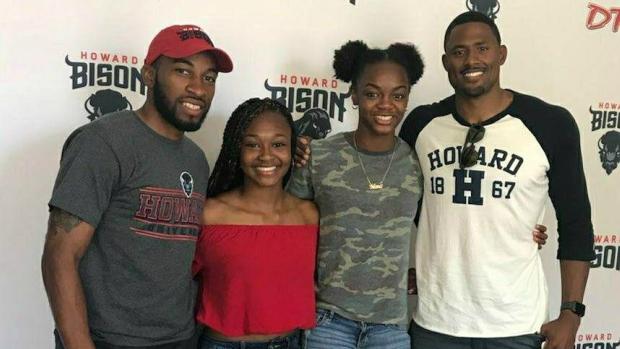 New Howard University Director of Track & Field David Oliver tapped into Florida for two of his latest commitments. The 2008 Olympic bronze medalist in the 110m hurdles, won over both Mone't Bowen and Nia Guine-Herndon of Bolles.

Both girls started out playing other sports. Nia was a gymnast. Mone't played basketball, but they eventually fell in love with the sport. The pair attended the same middle school, are now at Bolles, and will be teammates in college once again. Coach Kenny Anderson, who works with the pair, told us Howard is getting two amazing athletes both in the classroom and on the track.

"The way they dedicate themselves to their studies and school work spills over onto the track," he said. They are true students of their crafts, with a mazing personalities, and a joy to be around. Howard is getting two GEMS!"

We caught up with Mone't and Nia to talk about their decisions to be Bison.