We caught up with Coach Ken Vinal to learn more about the 2015 Trinity Prep squad that made it to Nike Nationals.

I learned what not to do in 2010 when Trinity Prep had a strong squad that won the ROC at Great American but did not race well at NXR. We ran fewer races than we did in 2014, and we kept the focus on training instead of racing and polls. Those two things kept the team from experiencing the emotional and physical burnout the 2010 team had at NXR. 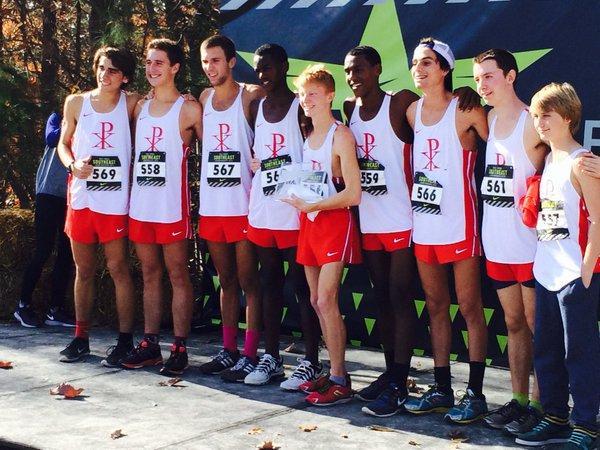 How did your team do during the Florida season?

We raced the ultimate top 7 four or five times with the Flrunners.com and FSU invites being our big races. We beat a very good St. Anthony's team from New York to win Flrunners.com, and then the next week we took the FSU crown against top teams from Florida and Georgia.

You guys were runner-up at NXN SE that year. Talk about that race and when they found out when they were going to Portland.

We caught a break at NXR with the weather as it was unseasonably warm for the non-Florida teams. The race plan was to go out fast to get and stay in front. Chas Cook and Trenton Mandato both finished in the top 15, Jesse Millson was 42nd, Patrick Salas was 56th, and Kayamo Galloway 106th. 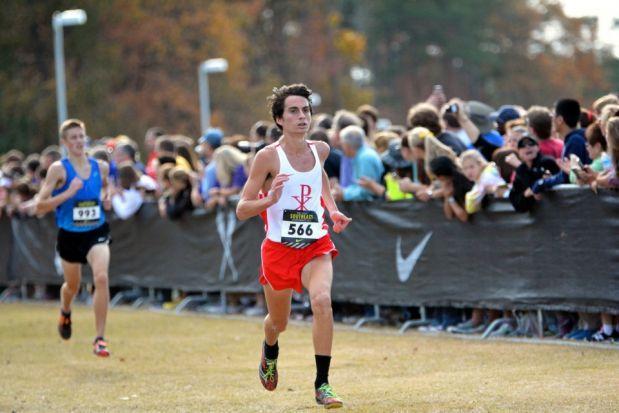 The time between Patrick's and Kayamo's finish seemed like an eternity. I thought we had come up short of qualifying. Waiting for the results at NXR was insanely tense, and then various parents and team members started getting congratulatory texts during the awards ceremony. (The results were briefly released online.) Realizing we were headed to Portland was an indescribably joyous moment.

What was your favorite part about the whole experience from the extracurricular activities to race day?

The team getting their gear was a special team-only event that was like walking into a Hollywood production. Nike treats the NXN qualifiers like they are world-class athletes. Nothing was less than perfect outside the race. 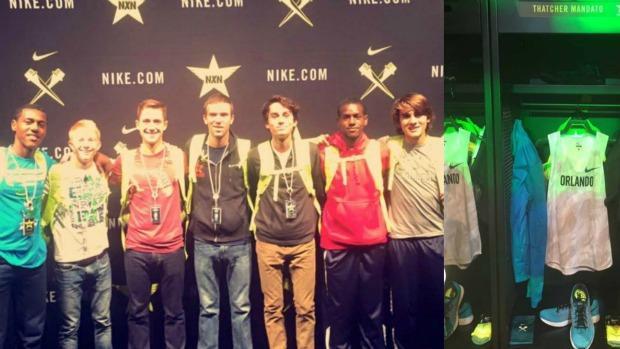 The Trinity Prep boys became the second team from Central Florida to make the trip joining the 2004 Winter Park boys. I know Mike Hill was the coach of that team did he say anything to the boys before the race? How cool is it that two teams from the same city made one of XC's biggest stages?

Mike Hill is not only my good friend; he is the coach who taught me how to be a coach. His team raced on a different course, so he could not give us any tips on the actual race, but the did help with managing things outside of the race. Another difference was he was not allowed by Nike to be the coach for his team. It was a great honor to be the second team from Winter Park to qualify and to be compared to the WP team that went to the first NXN. 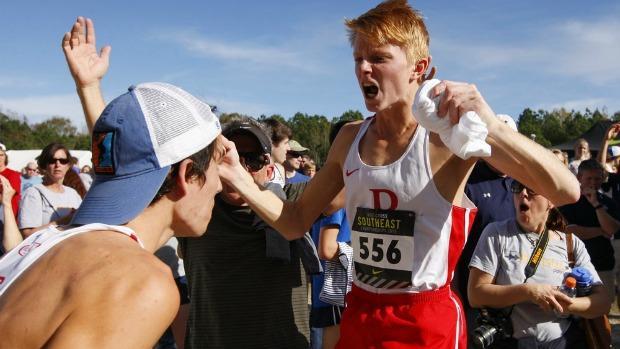 You had a chance to watch Bolles this year at the state meet. What were your thoughts on them and how did they stack up against some of those great TP programs you coached that did well at NXNSE and the 2015 team you had go to NXN. Do you see any similarities?

I think the 2010 team was the best TP team and they would be hard for any team to beat. I also think Bolles is as good or better than the 2015 team. Bolles beat some excellent teams last Saturday and should do well in Portland. 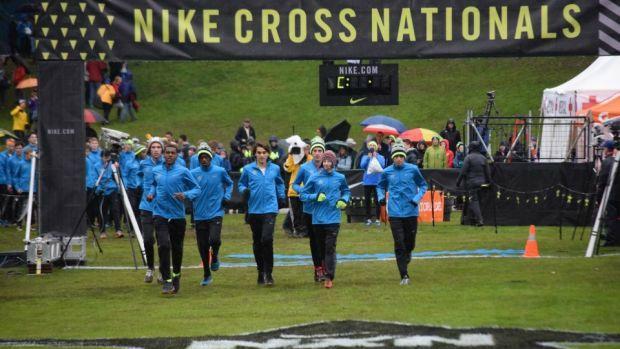 It's a long flight, and the temperatures/weather are total opposite of Florida. What advice do you have for the Bolles guys about adapting to those changes?

Wear long spikes for traction because the course will be muddy! Nike will keep you warm and dry until it is necessary to head to the starting line. Wear layers on race day and treat the race like any other. You can't control the weather, instead, prepare for it and don't worry about it. Be prepared for the race to go out faster than any you've been in.

Anything else you'd offer up as advice just about the race and the whole weekend?

Enjoy the trip, racing with the top team in the USA,  and everything Nike does for you. It is an incredible experience and the payoff to your hard work. Congratulations and I am confident you will have a great race on Saturday.