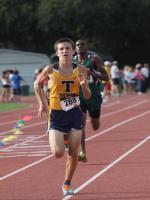 FLYRA MS State Championship Celebrates 10 Years This We...
Since 2010, FLYRA has hosted athletes that would soon to become top national names in their high school and college career -supporting and encouraging new development of middle school programs with th...