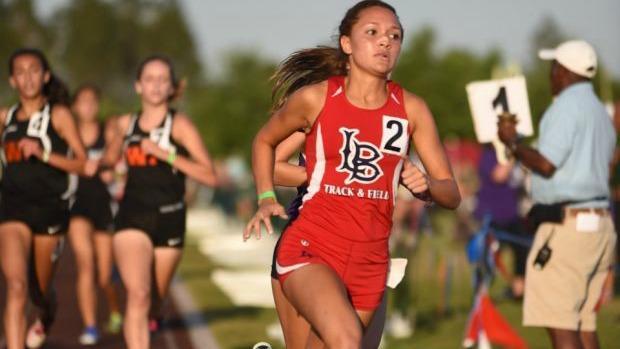 Sinclaire Johnson tallied five individual state championships during her high school career at Lake Brantley. Johnson won the 800m crown as a sophomore, junior, and senior and the 1,600m run as a sophomore and junior. She decided to attend Oklahoma State University where she competed for the Cowboys immediately her freshman season, but success didn't come right away.

"I have had a lot of struggles the past year and a half," she said. "Being on your own in a new state is hard enough then on top of that training at a totally different level was hard on me.The biggest transition was the training."

The intensity was harder and the mileage increased. Johnson had to find ways to tackle both without getting injured, which meant a lot of time spent in the pool. She qualified for the Big 12 Track & Field Championship both indoor and outdoor in 2017 and made the trip to Louisville, Kentucky for the NCAA D1 Cross Country Championships where she was 233rd. A tibial stress reaction on her right leg kept her from reaching her full potential and sidelined for the indoor season.

"I dealt with a lot of health issues and overall training struggles last year so I didn't run faster than 2:10," Johnson noted. "I learned to never give up. Even when running wasn't going the way I wanted it to, I just kept pushing through and kept telling myself that there was light at the end of the tunnel. It made me want to get back out on a track more than ever!"

That fire burned bright in Johnson's eyes in 2018. Her 800m season opener was at the Arkansas Spring Invitational. Her time of 2:09.55 may not have been overly impressive, but it was the third fastest ever in her career at the time. She dropped that mark to 2:07.92 and 2:07.36 at the Stanford Invitational and Big 12 prelims, before a massive personal best of 2:04.73 to finish fifth in the final at Big 12's. It was the 1,500 though that would be her focus for the NCAA Prelims. 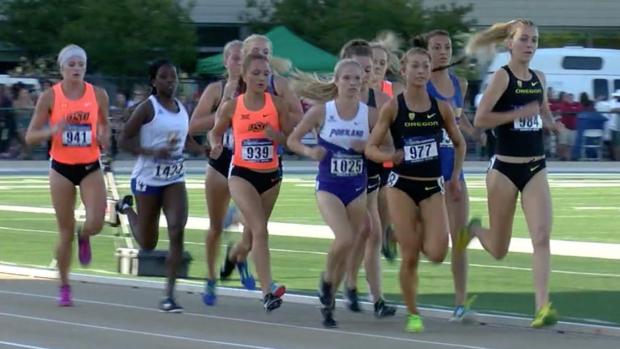 First stop, the NCAA D1 West Prelims at Cal State University in Sacramento. Johnson kept up with a loaded field of runners and maintained her position in the middle of the pack for the first half of the race. As Jessica Hull from Oregon separated herself from the group, with around 600 meters to go, Johnson did her own moving up as she worked her way from sixth to third, and on the heals of Elise Cranny of Stanford with 400 meters to go. Johnson and Cranny both passed Hall with 200 meters to go and the former Lake Brantley star ended up with the victory and a massive personal best.

"Regionals was a complete shock," she explained. "I knew I was capable of running 4:15, but 4:11 was so unexpected. The race itself was really fun! I felt so comfortable and was so surprised at how effortless it felt."

Johnson closed the last 800 of the race in 2:07, a time faster than she ever ran an open 800 in high school.  She had no idea how fast she had run until a teammate came up and told her. With that performance and a nine second personal best, her stock rocketed up as a serious contender for an NCAA title this weekend.

"Those two races at regionals definitely gave my confidence a boost going into this weekend and I think I can run even faster! This season has gone a thousand times better than I expected."

Sinclaire takes to the track at historic Hayward Field in Oregon for the first round of the 1,500 Thursday night at 7:16 ET.