It's been an amazing year for Southern Cal freshman and former Northwestern standout Twanisha Terry. Terry, went 10.99 at Mt. Sac to set a new USC record in the 100m and then ran an all-conditions mark of 10.96 to win the Pac-12 Championships.  The past two weeks though, even more impressive. She left her mark on the NCAA Championships finishing third in the 100m dash, as a member of the women's 4x1 that finished third, and scoring valuable points for Southern Cal's team title. 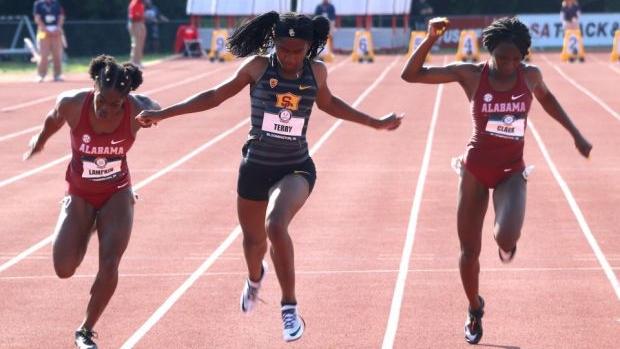 "At NCAAs I was the only freshman in the 100," she said. "I knew we had a shot at getting the team title so I told myself no matter what happens to execute. The weather was very bad but I didn't let that get to me because Coach Caryl prepared us for it. There were times it rained in California and we wanted to go inside but Coach Caryl told us no because that's how the weather is going to be in Oregon."

Friday evening in Indianapolis at USATF Junior Nationals she punched her ticket to the IAAF U20 Championships in Finland improving her time of 11.27 from the prelims to 11.24 in the finals.

"I'm only doing the 100 this weekend," Terry told us. "The goal for Finland is to get through the rounds and make it to finals. In finals, I hope to run sub 11." 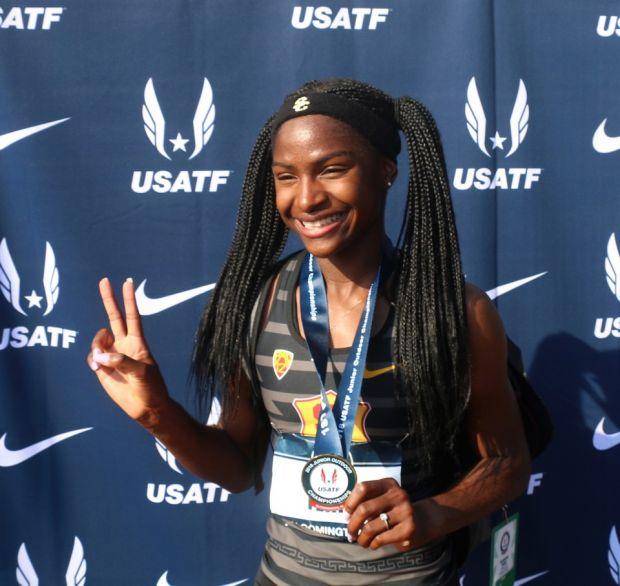