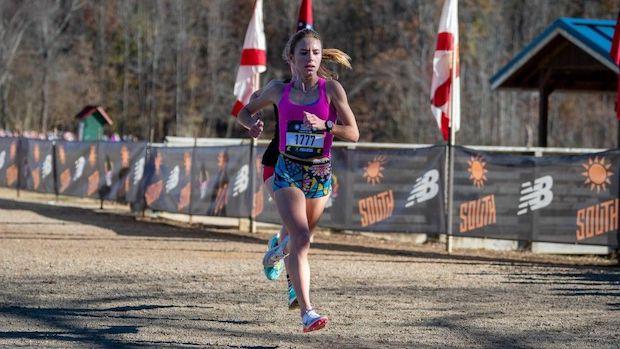 Winter Springs senior Caroline Wells qualified on Saturday for the Eastbay Cross Country National Championships with a fifth-place finish of 17:15 at the South Regional Qualifier in Charlotte, North Carolina.

The Stanford signee and Florida state record holder at the two-mile and 5K distance did what she needed to do to be among the top 10 finishers to qualify for the national race in two weeks in San Diego. She certainly projects and expects to race for a top 15 All-American finish coming out of a deep and competitive South Regional.

The fourth finisher from Florida was 2A state champion Jillian Candelino of Bolles, who earned All-South honors with her 22nd place effort of 17:50. Being a junior, Candelino will be the state's top returnee next year with Wells, Lehman, and Eudaly graduating this spring.

Lillee Tang of Leon had the highest finisher among the class races from Florida with her runner-up 19:07 effort in the junior/star race and Bishop Moore's Paige McCaul was next top finisher from the state with a ninth-place run of 19:32.

Meanwhile, Avery Fronrath of The King's Academy lead Team Florida in the freshmen/sophomore girls race with her 4th place time of 19:11.