Workout Wednesday visit with the defending 3A girls state champions in Ponte Vedra, who two weeks ago had a resounding team victory at the FSU Pre-State Invitational in Tallahassee.

Lindy White (18:19 5K best) has emerged as their front runner this fall, while have two other sub 19 minute performers on their squad in Daisy Ross and Sofia Bushkell with the strength of their lineup being their front three. 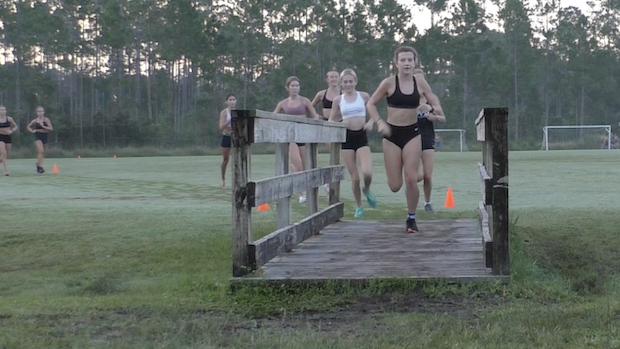 The workout is from a visit near the start of the season in a continuous running workout that decreased in duration but increased in intensity for the segments that they pressed. Head coach Rob Circelli leads one of the largest teams in the state of Florida as their numbers annually crest over 150 athletes.

The Ponte Vedra squad will be competing next with their boys squad also well ranked in the 3A classification and led by Grant Doherty next at the 3A District 2 Meet on Saturday at Matanzas High School.