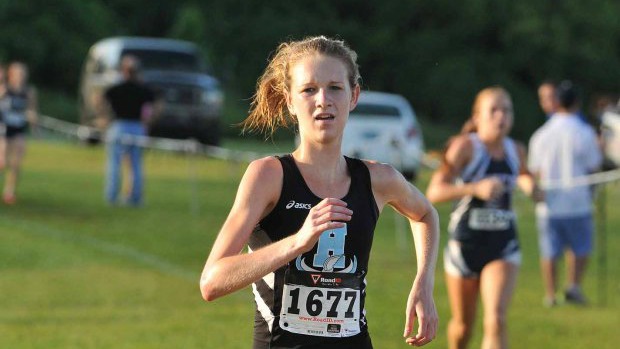 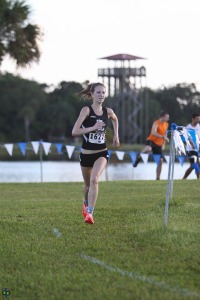 So this past weekend’s meet is always one everyone circles on their race calendar at the beginning of the year. Congrats to Emily Edwards and Nikita Shah. hey both ran an amazing race this past weekend at the flrunners.com Invitational. Nikita had the courage to throw a hard surge back in the woods and Emily seemed to be the only one who responded in time to go with her.  However I have to say that Julia Montgomery from Pine Crest was my favorite top finisher. What a race for a Freshman. I had no idea who she was the entire race and still was asking who was the girl that finished third after the race. Her name will definitely be one everyone should be following for the next four years.
The week leading up to the race had been an exciting one for me. I went on my first official college visit. Everyone was so welcoming and the amount of information that they provide you regarding the school and running program was far more than I ever anticipated getting out of just 48 hours. I will admit I was a little nervous about going on an official visit and still being able to get my training in that was laid out by my coaches. Everyone made sure that was never an issue. I think the decision of where I end up attending school next year is going to be a very difficult choice if any of my other visits go as well as this first one!
My coaches kept my training for this past week in line with every other week. Although Flrunners is a big race weekend we felt that we needed to keep our focus on the end of the season. One of my goals this year is to PR at the end of the season. Something I haven’t ever been able to accomplish the past three years. The team made one minor adjustment though. We didn’t have school on Wednesday so we were able to have a morning practice in the middle of the week.  We all decided after the race that we really enjoyed having the morning practice and have requested that we continue having one practice a week in the early morning.
Hope everyone has a great week of training as another big meet is “on tap” for this weekend. Something most of us are not use to until the end of the season two big meets back to back. I am sure everyone will do amazing though. Safe travels to everyone headed up to Tallahassee. Anyone who hasn’t raced on this course is in for a treat. It is one of my favorites.