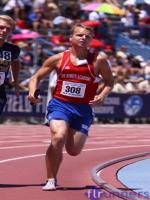 Simpson Felt Instant Connection At UNF...
When deciding on a college destination Scott Simpson knew he wanted to stay in the state of Florida. The Kings Academy senior received emails and letters from coaches from public and private instituti...

Jupiter's Zboyan Again Leads The Way...
Courteney Zboyan&#39;s first year of running varsity girls cross-country last season might have surprised some who didn&#39;t expect a freshman to dominate the local races she entered. The Jupiter sop...

2011: Successful Year For All-County Runners...
We take a look at the best of the best from each area and county as chronicled by their respective media outlets....