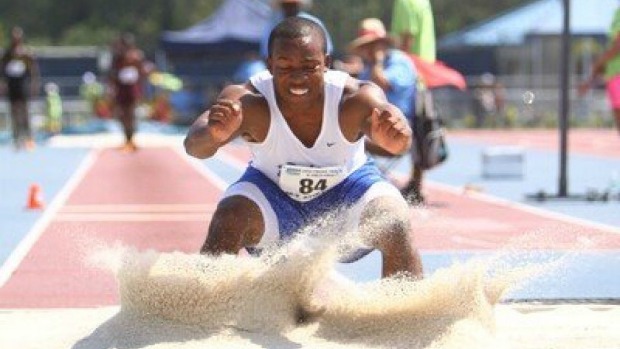 Bolles senior Ashton Butler will not be competing for the Bulldogs this season, but that doesn't mean he is hanging up his track shoes. The FSU signee will be competing in open meets as an unattached athlete. He kicked off his season with a personal best of 23"5' in the long jump as well as a personal best from short approach in the triple jump 46"10'. Over the course of the year he will be blogging for flrunners and taking us a long for his senior year.

The fall training led by coach Eli Sunquist and coach Dan Dearing has set the tone for the 2014 track season. The athletes of JAC track clubs (Jacksonville Athletic Club) have paved the way for themselves all off season and striding away, being some of the top sprinters/jumpers in the respective state classes, as well as being nationally ranked.
The JAC track club consists of kids throughout the city of Jacksonville from many different schools.Some stand out performances so far from the JAC track club; junior David Bell (Bishop Kenny) had a personal best in the pole vault this season of 15'0.

Frances Rice, a junior at Bolles has also come to a great start this season with a PR of 11'3". She has been working hard fall and summer long to be where she needs to be and is a strongn contender for the state title this year!
Also, Brittany Bowald of Atlantic Coast has been tearing it up on the run way, with PR's this season of 18'3 in the long jump and 37'10 in the triple jump. Brittany says,"It''s just the beginning".

Eighth graderAunukah King of Bolles has opened her season off with a leap of 17'1 in the long jump, and a new addition to the JAC track club, senior Jasmine Maina (Bolles School) will be a surprise to all at the Bulldog classic at the Bolles School this Friday!
Lastly, senior Cody Rose of Bishop Kenny is performing great, with a PR of 22'8 in the long jump, JAC track club is on fire!