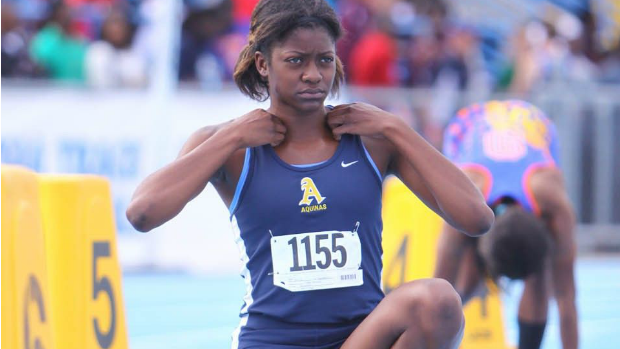 Who is Kendall Ellis? I’ve been blogging for the past two seasons, but I’ve never really talked much about myself. I figured it’s time I let you all know about the Kendall you don’t get to see on the track.  I’ve been told I walk onto the track with an air of confidence about me, I‘ve had officials tell me “Man I wouldn’t want torun against you” as I walk up to the line with my mean mug. But you only know someone as much as they let you know. I know I look mean, I put on a good front huh? Here’s my story.
Freshman year I won the 400 meters at state with a 54.86. Sophomore year I came back and won with a 53.22. Freshmen and sophomores don’t usually do that, so I felt a lot of pressure. I would get so nervous before my meets that I would get dizzy, throw up, I’d shake, rock back and forth, cry, and mentally break down. I was scared and I cracked under pressure. Defending my state title wasn’t as much pressure as competing at national level meets where the best would be. I hated to disappoint the people who invested so much time in me. I wanted to make my coaches proud, to use my God-given gift and not put it to shame.
Junior year it got worse because meet after meet I would shut down. Yes I was still performing at a high level relative to others, but not at what I was capable of. My mental state affected my performance and worried my parents so much that we basically had a real life Intervention. It came to the point where if I didn’t get it together, and quick, I wouldn’t be running anymore that season, if ever. I cried, begging not to have the thing I love most taken away from me, denying I had a real problem. I tried my best to get it together but it was hard because I really didn’t know how. I won states again junior year but my season best was only a 53.80 when I could’ve done much better.
Over the summer and throughout my senior year my coach, parents, and I decided it’d be best for me to go to sports therapy. Now hear me out, this isn’t “..and how does that make you feel?” type therapy. I wasn’t crazy. It was more trying to figure out what triggers the nerves and how to control them so that I can compete at the highest level. It took time, but therapy has been beneficial. I came back my senior year with all the confidence in the world, a US #1 PR of 52.95 and a fourth consecutive state championship. 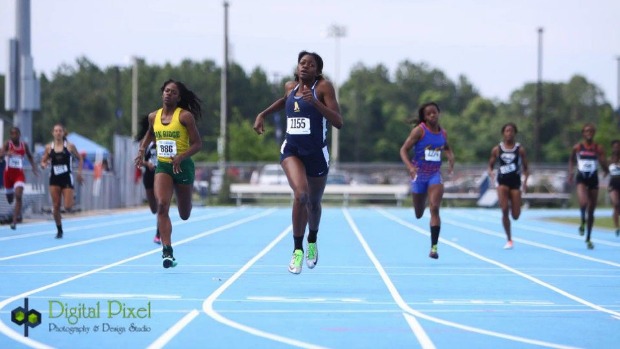 So that’s me. I just wanted to share part of my story because you only see what I’ve wanted you all to see. I do get nervous just like everyone else, never do I assume I’m going to win, if anything I assume the opposite. I was never the most confident girl on the track, even if I was supposedly “the best”. I’m not ashamed, we all have our weaknesses I just decided to turn mine into a strength and secret weapon. It’s easier said than done, but be confident in yourself. Have faith. Stay positive. And go for the gold. Why? Because victory is best served gold.