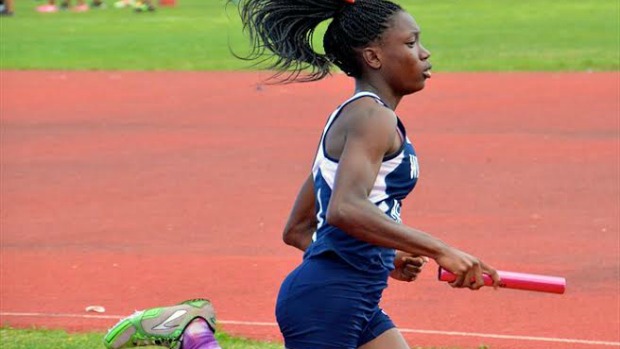 The road traveled isn't always perfect. For Westminster Academy junior Denise Spann her high school track career has had its ups and downs; from switching schools to battling the injury bug. Spann talks about her road to redemption and being back in the right place as she prepares for the state meet.

My freshman year I decided to attend to Boyd Anderson High School while attending Atlantic Technical Magnet High School (no athletics). Before my freshman year even started I had the best season of my life, setting personal bests at the right times and making it to the finals in major meets. That year I placed sixth in my first Junior Olympics running 57.15 for 400 meters. Coming into my first high school season, I knew I was one of the top freshman in South Florida, as only a few of us had gone 57 seconds  before entering high school. I ran cross country, and I absolutely hated it, but by the end of the season I PR’d by three minutes from my very first meet to end my season at 23:11. After cross country, we immediately started getting ready for track. Early in the season I had an inflamed ankle that stopped my training for about two weeks. I got back to a healthy state and running felt better than ever. I knew that season I was going to go :56 possibly :55. I felt ten times faster. Those goals came to a halt the Thursday before Walter Dix Relays when I couldn’t walk on my ankle. I thought it was just inflamed again, so I went to the doctor. The next day she said that my ankle was surely broken and I got casted immediately.
I spent about seven weeks in my cast and then I spent about two in a walking boot. It was so hard to watch the girl run and to know that it could have been me on those relays and getting points for our team. I was so eager to run, I couldn’t wait to put on some trainers and get back to work. In order to keep my eligibility for districts, I threw the discus a couple of times. As I was trying to get back in shape to again be considered to run, I was going through rehab at U18 Medical Center. It really helped a lot and it made running easier, but I was still some what limping. Districts came around and I got the opportunity to run the 4x800m and the 400m. When I ran the 4x800m, everyone said my limp was very noticeable during the second lap, but I was just happy to run again and help the team win. As for  the 400m, that was a total disaster, I couldn’t even get off either curve without a major limp. I ended up running :64 and was ready to hang it up. I haven’t ran :64 since I was about ten years old. I didn’t even make it to finals. I got 9th. I didn’t move on to compete in the state meet and I missed out on contributing to the first girl’s state championship under our coach. I didn’t stop training though. By the next week my limp was all gone and I was set to compete at Golden South. I won the prep division in :60 and I knew things were looking up. I worked hard all through that summer trying to get back down and restore confidence in my race. By the Junior Olympics, I got down to :58.21. Even though that was a big accomplishment I was disappointed in myself that I still hadn’t returned to my :57, and to top that all off I didn’t make it to finals. 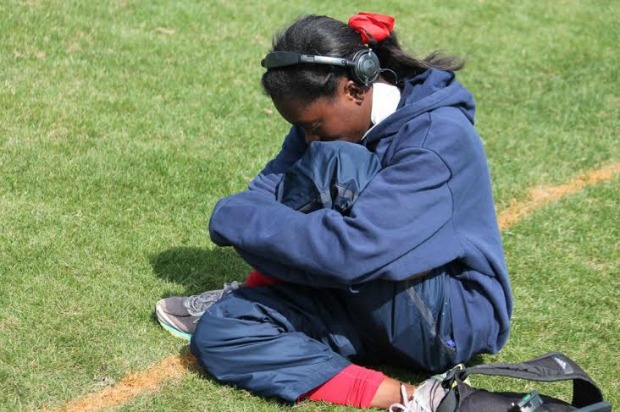 I definitely took a different approach on this season. I was very determined. I didn’t run cross country, but I did run some mileage to get some base in for my upcoming season. Before track season began, I decided to transfer to Westminster Academy. It was kind of ironic because Coach Key was the timer for all MSAA meets and he always said how much of a blessing it would be if I was able to attend their school, and run for them. There was a problem though since Broward and the WA semesters weren’t the same, Broward was a little behind. When I tried to transfer over winter break they said I had to wait for the semester to finish or I wouldn’t get any of my grades. I took all core classes that semester and had gotten all A’s. I waited for the semester to finish and then immediately transferred to find out that it was after the first day of track. I didn’t transfer over as a full time student either. I only took two classes at WA and two online, but it wasn’t that hard because I got through all my  core class. So after being told I was cleared for the next season, I was quickly denied and then given a sub varsity status. I now had to face an appeal board to try and get my eligibility back.
Facing that appeal board was one of the most nerve wrecking things I’ve done. Just to have someone decide your fate for you stirred my stomach. By the end of the meeting, the board still didn’t understand that the reason I transferred late was because Broward threatened not to give me my grades. Since I was only a sophomore and they realized I ran summer track, they said I still had some more time and didn’t grant me full eligibility. I broke down crying as again another season had been taken away from me. Being sub varsity I could only run in dual meets; no districts, regional’s or state for me. All of this made me truly upset and it added on to my drive to get to the next level, to prove all of my suppressors wrong. I ran all that summer again and was stuck at a :57, :58 barrier. Then at the Junior Olympic qualifier everything clicked for me and I ran 55:87 which was more than a second PR for me. As soon as I ran that it was like I was at where I was meant to be. I had caught up and now it was time to move forward.

Now I’m here in my junior year and I hadn’t participated in a full season yet. 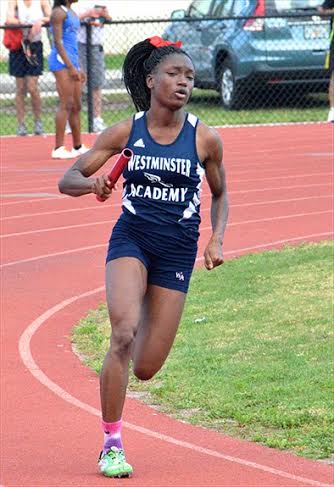 This year I went back to cross country and it was worse than I remembered. I ran all the way up to the state meet just to help the team, because everyone knew that it just wasn’t my thing. It set me up well. Early in the season I PR’d in the 600m at the All Comers meet going 1:36 and :40 in the 300m. The training didn’t stop. All of my practices showed that I was on track for a great season. However, school comes first and I was definitely struggling in that, as I’m still a part-time student, and I take my hardest class online, AP English Language and Composition. I took the rest of my core classes at WA. I only have one elective which means I came home with loads of homework every night.  The classes in school didn’t faze me. It was the AP.  I didn’t get assigned to the class until October so I was already behind. With numerous track meets and track practices I would get home and forget that I had to do my AP work. It came the point where I was for weeks behind in my AP Class and had to do seven assignments a week just to finish on time.
During the whole season my races were good, but my race plan definitely wasn’t working. I was running :58 for the first part of my season, until we went to the Hallandale Invitational. I ran the 400m there and I went :57.40 to get 4th and the first half of the race was a complete disaster. I also was getting faster, because after going :57, I went 25.46 in the 200m and I haven’t PR’d in the 200m in three years. My next big meet with the Disney High School Showcase. The year before I went :57.55 to get 4th place. This year I got second going :56.97. I also attended the World Youth Trials at Ansin Sport Complex and ran :57.04. In these three races I could see that my 400m was getting consistent. For the state series, I really didn’t have to press to win. I went :58.83 to win at regional with ease.
Being in this state meet is honestly everything I’ve been working for these past two years. It’s been such a struggle to get here and run the times that I’ve been running. I know that if I just run my best that I’ll have a shot to take the whole thing. I know I can win, and even if I don’t I’m going to give it everything I have as if I  weren’t allowed to run in the state meet ever again. This meet is going to set me up not only for summer, but for my senior season. I’m on my road to redemption.