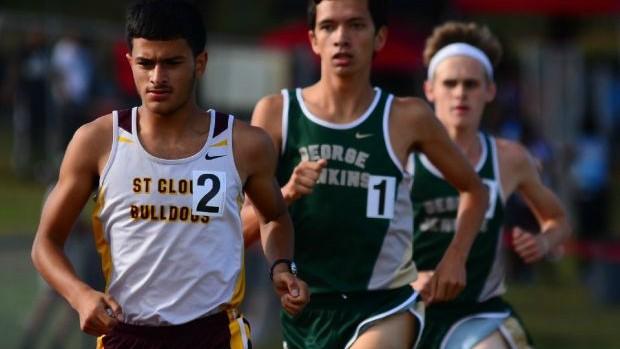 St. Cloud senior Tristen Montalvo is coming off of a stellar junior season which saw him win a conference and district championship, finish runner-up at regionals, and 15th at the Cross Country Finals. Learn more about the Bulldogs standout in this Spotlight Athlete feature.

I've been running competitively since 8th grade. I got into it because my sister decided to start running in high school her sophomore year and she found a lot of success and achieved some great milestones with her team. With her joining cross country, it really opened up the sport of running to my family and I.

I remember my first race was at Neptune Middle School. We ran 2 miles and I can't really remember the time I ran, but I know I was just really excited to be done after I finished.

How was your summer training?

Summer training went really well! Running over the summer is never the easy part, especially since it can be repetitive and there isn't much to be looking forward to at the end of the week, such as a meet. However, a lot of my teammates and I ran together as much as we could, which really helped make it easier to get out and run. I had XC camp at the end of June up in the mountains in Tennessee which really helped push me into the month of July training that'd get me ready for the official start of cross country.

I'm certainly proud of my achievements from my 2016 XC season, but I definitely think there's more that I can do. I think my last cross country season was a big test both mentally and physically that forced me to jump through a couple barriers. However, with the help of Coach Harkema and my teammates, getting through it has made me into an even stronger and wiser runner coming into this next season!.

Typically Monday's are our more important workout days where we really buckle down and focus on hitting our splits, and then we usually try and follow those up with icing after our cool down to make sure our legs are getting proper treatment. We have normal runs on Tuesday's that are more on the recovery side for pace, but not typically much shorter than normal runs. Wednesday's are our second workout day of the week that's less rigorous. Usual workouts like tempos, fartleks, or even some bungie's for hill training take place on Wednesday's, just usually varies depending on our upcoming races. Thursday is our long run days and Friday's are our pre race days where we get a couple miles in our legs and focus on stretching to get us prepared for our race the next morning.

Do you have a favorite workout?

I'd say my favorite workout is mile repeats. I've never been one for speed workouts, so I enjoy the ones that are on the higher end of the meter count.

We will be attending the Trinity Prep Invitational to open the season. Following that is the Winter Springs Invite and then the Astronaut Invitational at Chain of Lakes Park. Then we have our home invite at St. Cloud, followed by the Martin County Invitational Under The Lights. Then we've got the Flrunners Invitational and then lastly for the regular season, Pre-State.

What course do you like the best in Florida and which do you think is the toughest?

I always love going to Florida State to run on their course! I'm definitely a big Florida State fan and their course is one I've always liked since freshman year. As for the toughest course that I've ran that I would consider the hardest in the state would be Holloway Park, but it's a love/hate relationship.

Out of all your running accomplishments, which one standouts the most?

As funny as it may sound, I'll never forget taking 2nd Place at 4A-2 Region last season. I've always been a big believer that your toughest losses are the ones that make you a better runner. And to be running alongside two great runners down the final stretch at Holloway Park, it's certainly a championship race that I'll always remember!

For this upcoming season, I wanna make it a goal of my own to at least place top five at every race this season. Time wise, I definitely wanna break 16 and aim for mid 15's. For state, I wanna make it with my team by my side. As for placing at state, we all gotta shoot for the stars, so state champ is certainly on my list.

My favorite part about running is all the other runners that you meet along the way. The community of runners around the state can all relate to each other and you meet some great people that can become friends for life. That atmosphere of competitiveness on the course, to respect and humbleness off the course, is one that I don't think you'll find anywhere else. 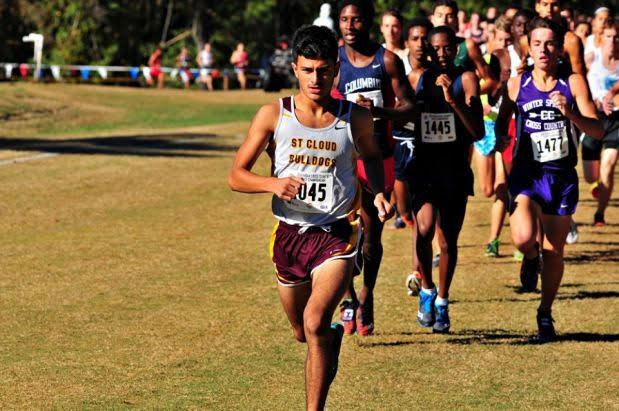 "To give anything less than your best is to sacrifice the gift."

Usually before races, I like to listen to motivational speeches and songs to get me pumped before going out. Makes it feel like I'm in a movie.

I'd definitely say my favorite food is a filet mignon! I'm a big steak fan.

The last movie I watched was Spider-Man: Homecoming. 10/10 would recommend! I love marvel movies and this one really got me liking Spider-Man again.

I trained last track season in New Balances, but I think I'm going to switch back to Asics this season. I've always been a big Nike Racing fan, so I'll be sticking to those in my meets.

I'm a die-hard Lebron James fan, so he's at the top of my list.

Are there any interesting tidbits people might not know about you?

Something that I don't typically tell a lot of people is that I don't have a strict diet when it comes to my running and training. It's not the greatest thing, especially as a runner, but I've never really focused on what I eat. I don't eat terrible, but I also don't have a diet. Of course, the day before meets and races I make sure I'm not eating anything that could tarnish my performance the next morning, but as for foods throughout the week, I struggle with understanding the correct amounts of nutrition that I should be consuming. I'm going to work on it though.

A lighter, A hammock, and a dog so I'm not lonely.