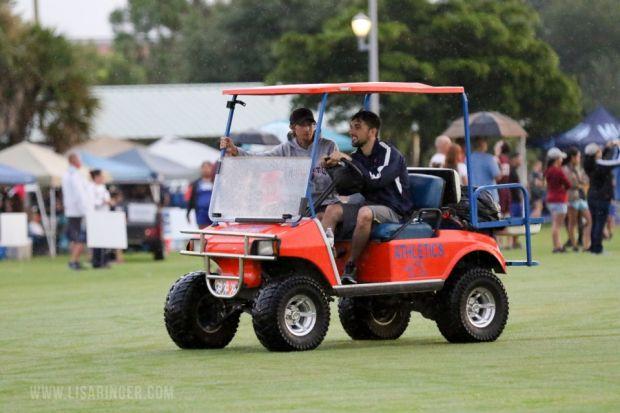 With the flooding of Lee County a few days prior the course was still quite moist for the DDD Sommer Invitational at Estero Community Park, but Coach Sommer would have wanted it that way. Yes, the hay bales were still put on the course, and yes right before you hit the sand pit. 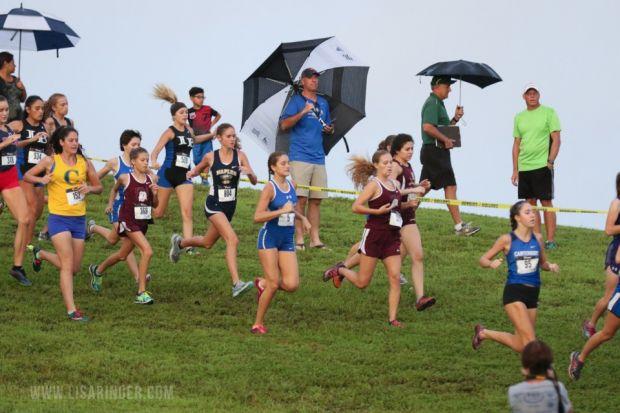 The weather would hold up and make for a perfect overcast slight drizzle as the girls varsity race began. Up and over the hill a pack of about 10 formed with Naomi Kerjean (St. Brendan), Jillian Dempsey (Naples), Jasmine Hincapie (Westminster Academy), Chelsey Oliver (Riverdale), Alayna Goll (Estero), Ava Klein, and Shay Lee (Lakewood Ranch). 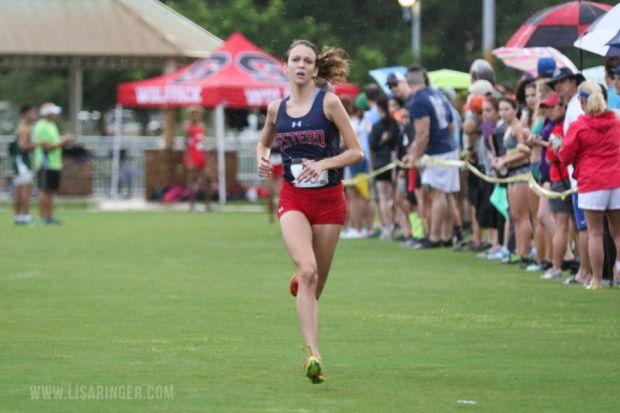 Coming up to about the one mile marker Goll, or "Lean" as she is known by her teammates, had separated herself from the chase group and never looked back, finishing in 20:36. The chase pack was racing for second place and were stringed out. Making a strong move to take second place was Westminster's Hincapie in 20:49.

The times may not seem fast, but for anyone who has run this course, known by many as the hardest and slowest course in the state, add in the flooding,  and the top four ran some of the fastest times this meet has seen under similar conditions in years past. 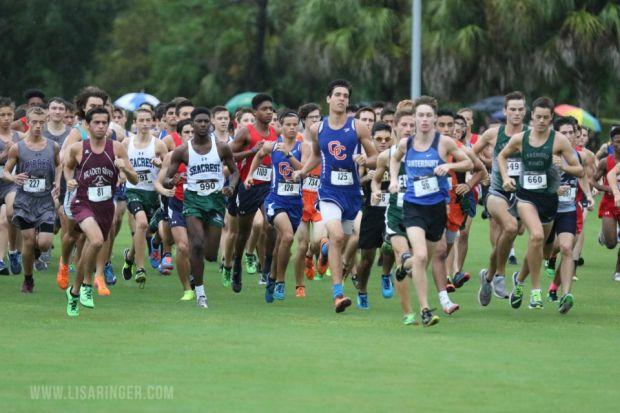 On the boys side, the varsity race would play out in a similar fashion.  A pace of about 6-10 through the one mile with  Brittenham (Estero), Reid (Lakewood Ranch), Gibson (Naples), Kamen (Gulf Coast), Claude, White, and Simmons all of Dunbar in the lead group. Kamen would come around the first loop looking strong and beginning to pull away from the field, with Brittenham and Reid giving chase. 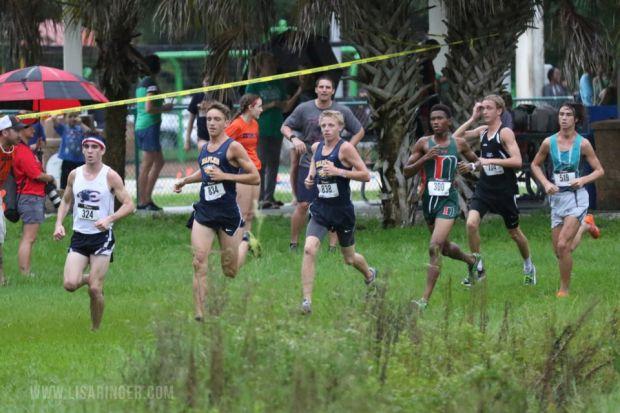 Kaman was holding onto a decent lead coming into the hay bales and sandpit, but Reid was closing in on him. There just wasn't enough real-estate for Reid to close the gap and Kaman would hold on for a win in 17:38 with Reid second (17:41) and Brittenham third (18:00). When I spoke to Kaman's Coach Adam English (former Naples HS standout) he said, "Nick had a game plan and he executed it perfectly." 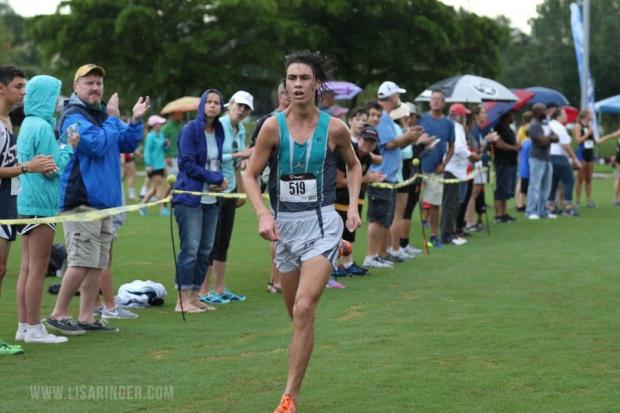 The team race would also look familiar Estero and Immokalee would wind up three points apart with Estero reigning victorious 122 to 125.  Both local teams had similar makeups with pack running and will have round two against one another next week at Optimist / Hoptar Invite.  Fort Myers will probably jump in the fun at their home meet as well. I for one cannot wait to see how it all plays out.