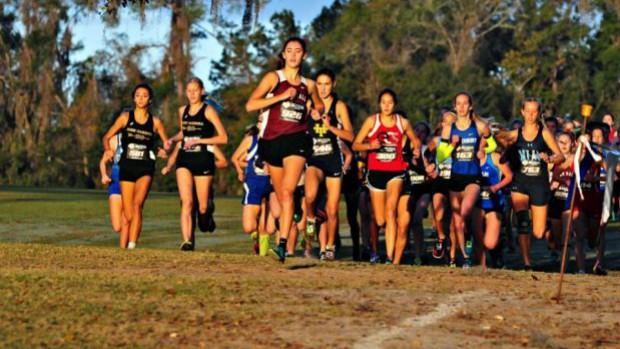 It was a cool and breezy morning, but the competition started off hot as Grace Blair and Trevor Foley etched their mark into the record books.

Grace Blair is definitely comfortable at the Apalachee Regional Park in Tallahassee, FL. Blair was able to cap a wonderful career off with a back to back 1A State Individual Champion as she ran away from the field to win by 35 seconds and won in a time of 18:15.80. Blair led from the gun and cruised to the win to get competition started on Saturday morning.

On the boy's side, it was a much tighter race than most would have expected, but it was the highly-touted Trevor Foley who emerged as the 1A Boys State Champion. The senior from Citrus Park Christian was neck and neck with Sean Snyder, the Senior from St. Joseph Academy, for 2.5 miles, until the Oklahoma commit turned on the jets and left Snyder in the dust as Snyder finished third.

Foley finished with a time of 15:47.25, which he insisted was an average time, but he was more than satisfied on finally winning the elusive state championship. "After having some injuries, and choking in some races, this win means a lot to me and is very satisfying."

Ryan Szklany, the senior from Highland Christian, raced past Snyder in the last 200 meters to take home the runner-up spot in 2A. He came up with a big ten second PB to cap off his senior campaign, after finishing fourth at the 2016 XC Finals.

For the team competition, it was the team who turned some eyes last year, that came away with the team title, as they were led by 2016 1A Boys Individual State Champion, Gabriel Curtis. The Bulldogs of Mount Dora Christian came into Tallahassee with some swagger this year and were able to run away with the 1A Team Championship.