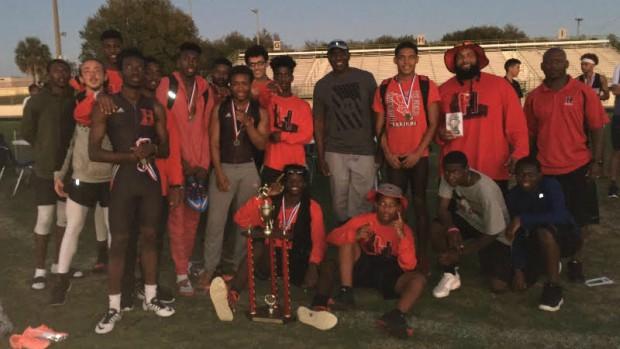 The tug-of-war between the two dominant programs has made for a strong rivalry the past several years. The Wildcats and Terriers don't rebuild, they reload. For the Hillsborough boys, there was never much doubt. Head coach Joe Sipp leads a deep team with studded highlights. The Terrier boys bookended the meet with victories in the 4x800m (8:28.27) and in the 4x400m (3:27.18). Mitchell and Lakewood boys both put together 4x800m relays that ran in the 8:30s.

The King 4x4 actually led for much of the first lap before Daunte Huggins moved in front. Qudir Wajd, who also won the 110m hurdle finals in 15.12, kept the lead on the second leg, handing off to Taaj Pringle for the third. Reggie James, who took second in the open 400m behind AJ Hampton of Wharton's 49.06, turned in a solid anchor leg and helped push the boys to a relay and team win. 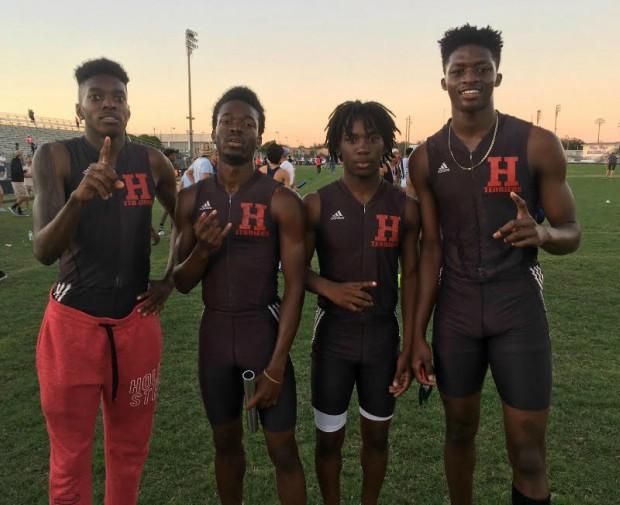 The final count was Hillsborough with 94.5 and runner up Jefferson with 67. The Dragons got a boost from Ahmarean Brown's 10.82 that won the 100m final. Tampa Catholic's Jalen Bussey took second in 10.83 and Armwood's Jerome Ford was third at 10.89 turning in a stellar, early-season 100m final. 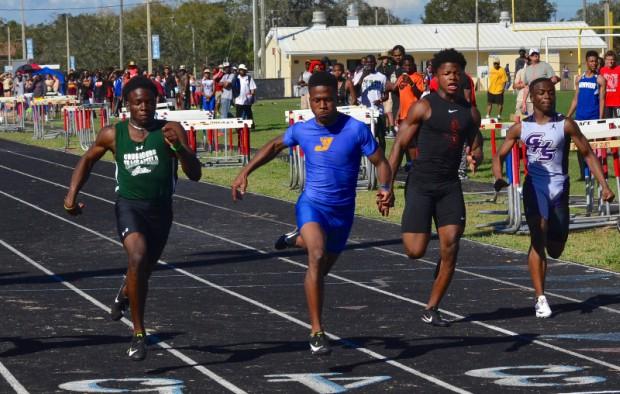 On the girls side, Wharton and Hillsborough traded lead changes all afternoon. The Wildcats would move in front on a distance race, the Terriers would claw it back on a sprint or hurdle event. In the end, the Wildcats just edged out the Terriers 91-86. Citrus Park Christian, who dominated the girls distance events, took third with 63. The Terriers' big day came at the hands or rather the fleet feet of Kailiece Harris.

Harris won the 300m hurdles in 46.62 and took second in the 100m hurdles to teammate Alexis Woodall. King's Makayla Williams was the only runner in striking distance of Harris in the 300m hurdles at 46.88. Williams and Harris went 1-2 in the long jump as well. For the Wildcats, it was more of a platoon strategy having graduated 16 girls off last year's team. 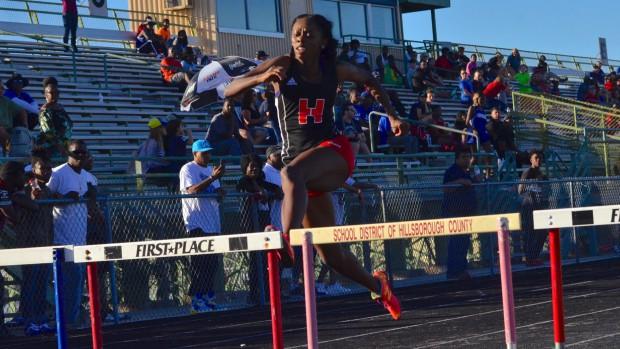 "I had to come out the first day of conditioning and introduce myself," Wildcat girls coach Anthony Triana said. "I didn't even know half the girls, yet."

Gone are stalwart, multi-event athletes like Bryanna Rivers, Aria Tate and Searra Woods. Triana and the Wildcats will have to rely on young talent and new faces this year. It was enough to edge a very strong Terrier team on Saturday. Triana gave nods to Erin and McKenzie Connor in the sprints as well as sophomore Ajah Jones. Denise Thomas won high jump and Bailey Watson scored in both disc and shot.

There were some great individual feats as well. Gaither junior LaSarah Hargrove is no longer the new kid on the block. With a handful of state medals already, she's a seasoned veteran with her sights set on a state title. Playing the upstart spoiler, a role that Hargrove has embodied the last few years, on Saturday was Gainesville freshman Tamari Davis. 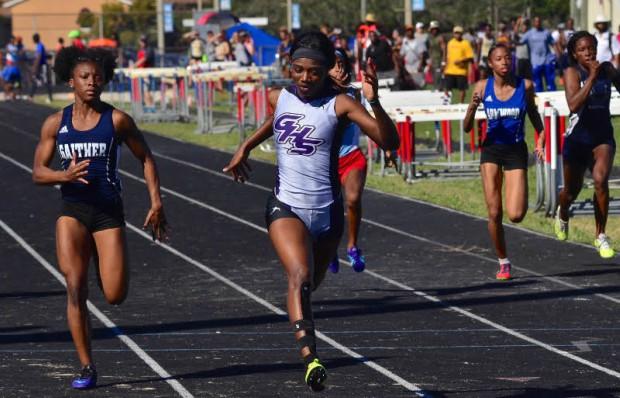 Davis is no stranger to the track scene, having won multiple state titles in middle school and competed on some of the biggest stages in the country, she's still just a freshman in high school...a freshman that set down an 11.66 to start her high school career. Seeded heats ran faster to slower so Davis and Hargrove actually squared off twice on Saturday, Davis getting the better in both. Hargrove's 11.86 in the final is still a formidable time. Hargrove won the 200m final in 24.68, just .03 off the meet record and she also won Most Outstanding Athlete of the meet. 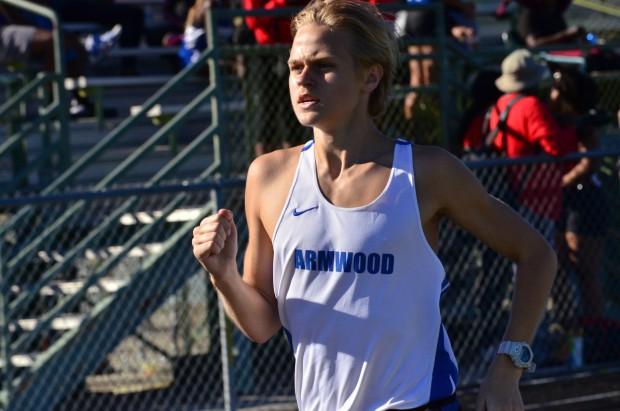 Winning the honor on the boys side was half of another great rivalry that developed on Saturday. Armwood's Jake Turner turned in great runs in every distance event. His 9:31.23 that won the 3200m kicked off the day in style and proved to both Turner and the rest of the local track circuit that the kid is ready to run.

"I had the time 9:32 stuck in my head all week," Turner said. "Then we did a tempo run this past Tuesday and it felt really good." 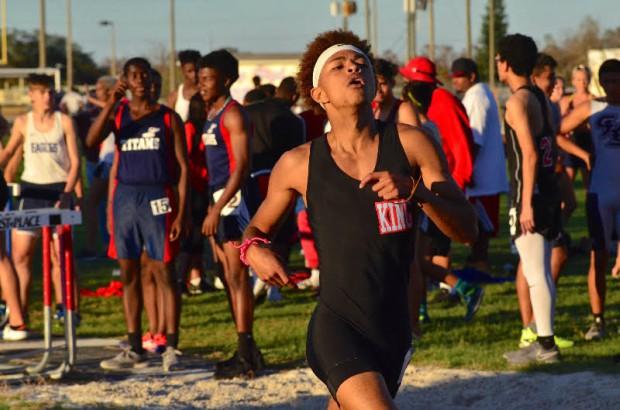 Dace and Turner are a couple of strong distance runners and while Turner took home the Most Outstanding Athlete award, it could have easily gone to Dace. Dace won the 1600m, and the 800m in 2:01.70, three seconds up on the field. Dace finished the day helping the King 4x400m relay into second place (3:31.06). Dace made a big move on the back stretch of the second lap in the 800m to secure the win.

The Citrus Park Christian girls swept the distance events on Saturday. Jacqueline Abanses took control toward the end of the first lap of the 1600m and cruised to a comfortable win in 5:20.44. The Eagles swept the top three spots with sisters Lydia and Moriah Friedman going 5:24.97 and 5:45.23, respectively. 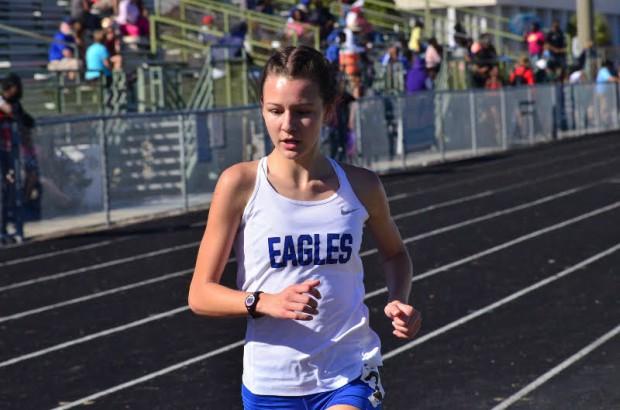 In the 3200m it was Alexandra Perri. Perri suffered through a calf injury and tendinitis during track season and had to cut her season short at county. She was very grateful to be back healthy and running strong, even if her 12:29.05 was not an eye-popper.

"It's just nice to get back to racing," Perri said.

Teammate Grace Phillips, who was never in the vanguard of the Eagles' big scores during cross country season, got to run in her wheelhouse event, the 800m on Saturday. Phillips put three seconds between her and Hillsborough's Lycia Zavala going into the second lap and did not relinquish a stride, finishing in 2:25.12. Abanses came up and took second in 2:28.91. 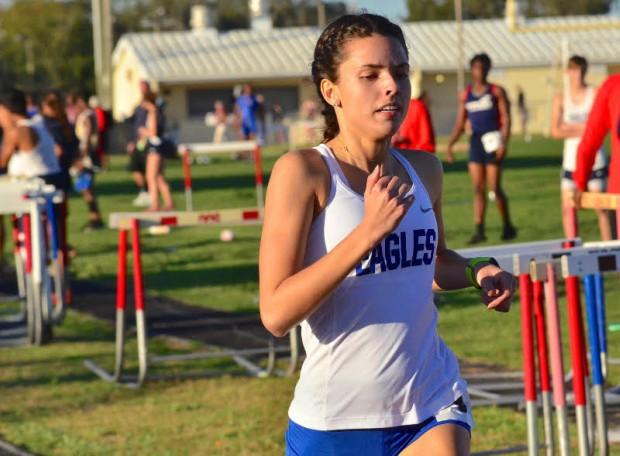 "We haven't even touched speed training yet," Phillips said. "I'm hoping to start peaking by mid-season."

Still, it was Phillips' best start to a season. She ran a 2:25 at the Early Bird Invite at East Lake just a few days prior.

The Gainesville girls turned in a fantastic 4:25.44 to win the 4x400m relay by more than eight seconds. It was the girls' first competition together for the relay. Davis, Kiara Ivy, Jada Jenkins and Brea Williams filled out the quartet. 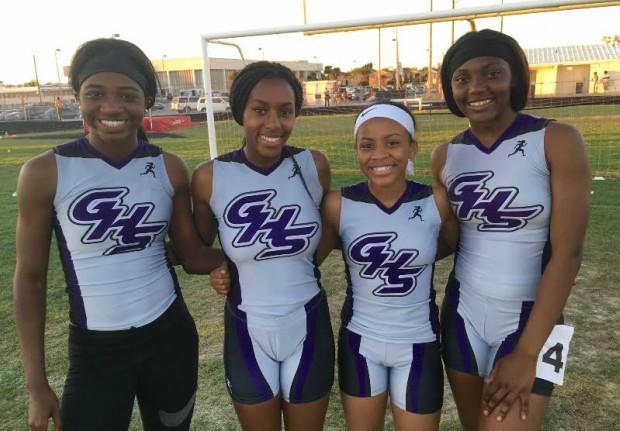 The Hurricanes got more than Davis coming up from middle school. Freshman Kesean Brown was also a middle school state champion, now running as a small fish in a big pond. Brown was still solid on Saturday, taking fifth in the 100m (11.12).