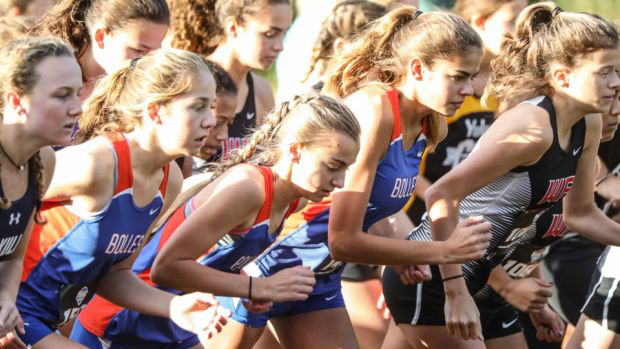 Individuals and teams battled it out on the cross country course this weekend all over the state. We recapped all 16 regions so you can stay in the know on the top storylines from this past week. Here are the recaps and takeaways from all the FHSAA 2A regional meets.

Temperatures dropped into the low 50s. It was a fast course and athletes came ready for big PR's.

It was a sea of blue and orange in both the boys and girls races. The Bolles girls took the top four places with Maeve O'Riordan, Helena Kummings, Maxine Montoya, and Elizabeth Csikai, all dipping under the 19 minute barrier.

The Bolles girls won the team title with 18 points, a 59 second 1-5 split, and a 19:05 team average. We've seen them run as a pack all year, and this race tops the cake as one of the strongest these girls have run this season.

Sydnee Calder, a freshman out of Fernandina Beach, took fifth in a time of 19:05. Skylar Grant, out West Florida Tech, and Patasha Bryan, out of South Walton, finished sixth and seventh well under 19:15. It took a time of 20:08 to qualify out of the region and a team average of 21:38.

The boys race was a de ja vu moment with another sea of blue and orange making its way down the fairway. Stanford commit, Charles Hicks, won the meet in a state leading time of 14:53.

Khan ran over a 20 second PR to lead the Bolles bulldogs to the perfect score with a 15:35 team average. He had his eyes locked on John Sorensen out of Fernandina Beach and it was a battle to the finish with Sorensen finishing sixth in a time of 16:02.

Rebecca Clark had another sub 18 minute weekend winning another regional title in a time of 17:47. The FSU Commit will compete on her future home course for the last time as a Villages senior this weekend.
Montverde freshman, Lily Henne, finished second in a time of 18:04 and along with her teammates, Kendyl Cardwell and Ryleigh Sperry, the Montverde girls finished first as a team with 37 points and a 19:18 team average.

Audrey McAnally finished third for Trinity Prep in a PR of 18:36 and led the Trinity Prep girls to a team runner-up finish.

USF commit, Jacob Hensley, won the boys race for Citrus HS in a time of 16:07. John Jessup, a senior out of Gulf HS, and Christopher Wilhelm, out of Trinity Prep, had a strong showing finishing second and third in 16:13 and 16:31.

Citrus HS senior, Jacob Hensley, recently announced his commitment to the University of South Florida and won the 2A Region 2 meet this weekend. Congratulations, Jacob! pic.twitter.com/MkbqcOO3vV

Wilhelm led the Trinity Prep boys team to a runner-up finish with 103 points.

Academy of Holy Names junior, Megan Hughes, won the girls race in a time of 18:50. Emily Vargas, out of Avon Park HS finished second in a time of 19:10 on the Holloway Park course.

Sydney Avery, a senior out of Berkeley Prep, finished seventh to lead her team to the runner-up finish with 75 points. 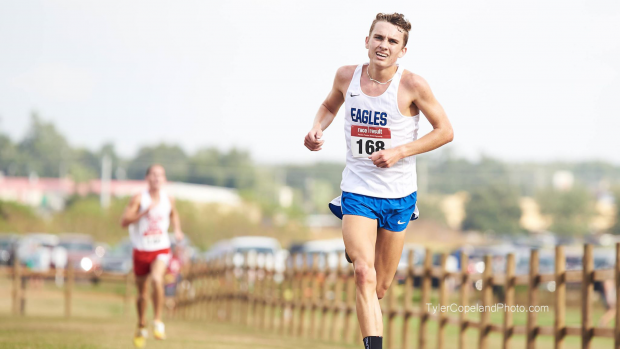 Reed Legg, a junior out of Citrus Park Christian, won the boys race in a time of 16:26 with Dylan Branch, out of Avon Park, finishing second in 16:30.

Lake Wales duo, Anderson Denton and Mac Updike, had two strong showings on the Holloway Park course. Denton ran a time of 16:48 to finish third and Updike finished fourth in 17:06. Denton and Updike led the Lake Wales boys to the team regional title with a team average of 17:38.

Trey Morris led the Berkeley Prep boys to a runner-up finish with his thirteenth place finish in a time of 17:31.

Tsion Yared had yet another sub 18 minute week, winning the 2A-R4 in a time of 17:49 on the Chain of Lakes course. Emily Faulhaber had a very strong second place finish in a time of 18:07.

Along with Yared and Faulhaber, Cassie Lawlor (19:29), Sierra Stocker (19:35), and Maya Beleznay (19:48) the Pine Crest girls squad won the team title with 51 points in an 18:57 team average. It will be a battle for the team title on Saturday between Pine Crest and Bolles -- one of the most exciting ones of the weekend.

Eleanor Tymorek finished third in a time of 18:10. Natalie Varela finished fourth in 18:42 and Titusville HS had a strong trio with Billie Castillo, Paige Jaszczak, and Riley Jaszczak all at or sub 19 minutes.
Rockledge senior, Troy Smith, won the boys race by 30 seconds, running a huge PR of 15:34. Robert Pedroza finished second in 16:05 and Justin Wilson out of Satellite finished third in 16:14.
Satellite boys won the team title, on tired legs, as the results would show with number one Gabriel Montague running a time of 16:38 to finish eighth.
Pedroza led the Key West boys to a runner-up team finish going into this week's state finals.
Coverage
Tweets by flrunners