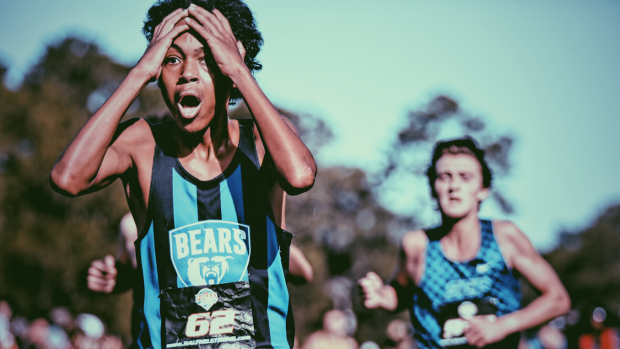 Individuals and teams battled it out on the cross country course this weekend all over the state. We recapped all 16 regions so you can stay in the know on the top storylines from this past week. Here are the recaps and takeaways from all the FHSAA 3A regional meets.

Claire Openshaw and Elizabeth "Ashlyn" Iliff had a breakout day in the girls race, running as a team to place first and second in PRs of 17:52 and 17:55. Kambry Smith out of Fort Walton also had a stellar day running a PR of 18:10 to place third.

Erica Fisher and Lillian Holtery finished fourth and fifth in 18:15 and 18:25, respectively.

The Chiles girls seemed to have been training through the region, running a strong pack for the duration of the race. Caitlin Wilkey and Alyson Churchill led the timberwolves with their sixth and seventh place finishes in times of 18:29 and 18:32.

In the boys race, it took sub 16:15 to qualify out of the region as an individual. Connor Phillips had a breakout race, winning the regional title in a huge PR of 15:42.

Phillips led the Chiles boys team to victory with 69 points and a 58 second 1-5 split.

Dominic Burleson, a senior out of Sunlake, led the Sunlake boys to a 64 point team victory with his fifth place finish in a time of 16:34. Burleson, Gavin Kennedy, Edward Scheid, Colby Robbins, and Drew Knobl together helped the Sunlake squad to a 16:58 team average.

Benitez-Chaparro along with teammate Gio Rodriguez led the Ocala Vanguard boys to a runner-up team finish.

Liina Winborn finished second in a time of 18:03 and Davidson commit, Natalie Abernathy, finished third in 18:15.

Allison Hicks, a senior out of Harmony HS, finished fourth in a time of 19:26 to lead the Harmony girls to the overall team title with 58 points.

Mykenzee Marshall finished sixth in a time of 19:34 and put the Ocala Vanguard girls team in the runner-up position.

Stone along with her teammates: Andrea Ballestero, Drew Safko, Meghan Gregoire, and Brooke McGowan had a very strong finish to lead the Osceola girls to the team title in 41 points with a tam average of 19:31.

Hugh Brittenham has yet another stellar race, adding a 15:54 regional title to his belt. It was a battle on the boys side with Ethan Geiger, Jake Turner and Nickolas Kamen all sub 16:10 and competing for the next place.

Geiger along with his teammates Richard Bennett and Ethan Hunter raced their way to put Robinson HS at the top of the podium for the boys race. Robinson won with a total of 73 points and a 16:51 team average.

Sophomore Liam Holston, finished fourteenth in a time of 16:41 and led the Fort Myers boys team to the runner-up finish with 119 points.

Valerie Lastra has yet another sub 18 minute performance, we are sure noticing one fast trend amongst these ladies!

Lastra won the girls race in a time of 17:51. Christiana Coleman, a seventh grader, for Dillard HS placed second in a PR of 19:34. This is her first season running cross country and she has taken her time down from a 25 minute 5k to a 19:34 over the course of the past 2 months!

Here is the thing... You have to believe and when they say it's something we [brown] cannot do... They say we cannot run this XC stuff... WELL YOUR REGIONAL CHAMPIONS ARE :eyes: pic.twitter.com/bW4UrrPFhm

Coleman along with her teammates: Daishon Spann, Valencia Powell, Dominique Spann, Kashi Roberts, and Eriesia Coney put on a great showing, winning the girls title with 44 points and a 20:22 average.

Adam Magoulas won the boys individual title in 15:51 with Tommy Cardenas out of Mater Academy placing second in a time of 16:02.

Thomas Weiler, out of South Fork HS, broke up the Belen pack with his fourth place finish in a time of 16:17.

Magoulas led the Belen Jesuit boys to the team title with 18 points, a 47 second 1-5 split, running like a strong pack.

Christian Camps finished eleventh in a time of 16:54 and led the West Shore boys to the runner-up team title with 94 points.