A small group of talented Florida athletes traveled all the way out to the Pacific Northwest to compete at the NSAF Outdoor Nationals held at Hayward Field in Eugene, Oregon over the weekend. Nick Molloy, the senior state leader in the pole vault from the Community School of Naples, soared to a height of 4.98 meters or 16'4" to finish sixth for All-American honors in the championship boys pole vault competition on Sunday. 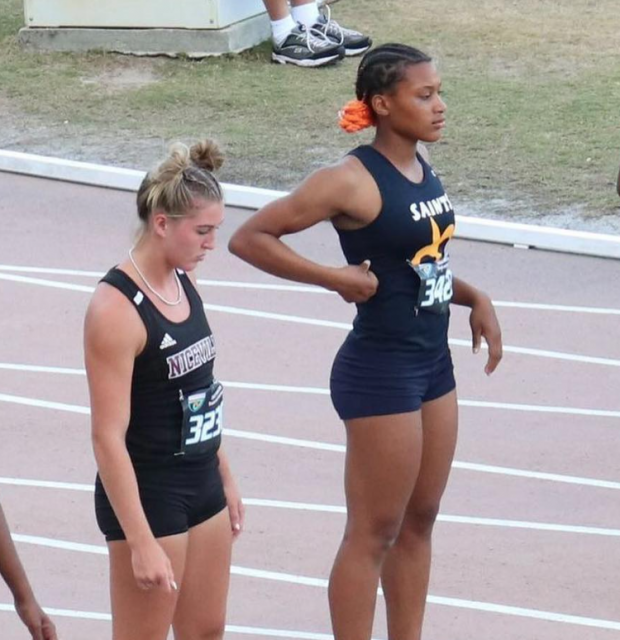 Two Florida girls advanced thru the two qualifying rounds of the championship girls 100-meter hurdles and both made the best of the opportunity in the finals to earn All-American honors as top six finishers as both Sandalwood sophomore Brittney Jennings and Niceville junior Skye Tolbert clocked times of 14.10 in the finals to finish third and fourth respectively as only seven-thousandths (14.092 for Jennings to 14.099 for Tolbert) of a second separated the two.

Tolbert was the 4A state champion this spring in the event over Jennings, but Jennings, as well as another sub-14-second hurdler in Chelsi Williams from George Jenkins, will return to make it one of the more contested events next spring at the state meet. 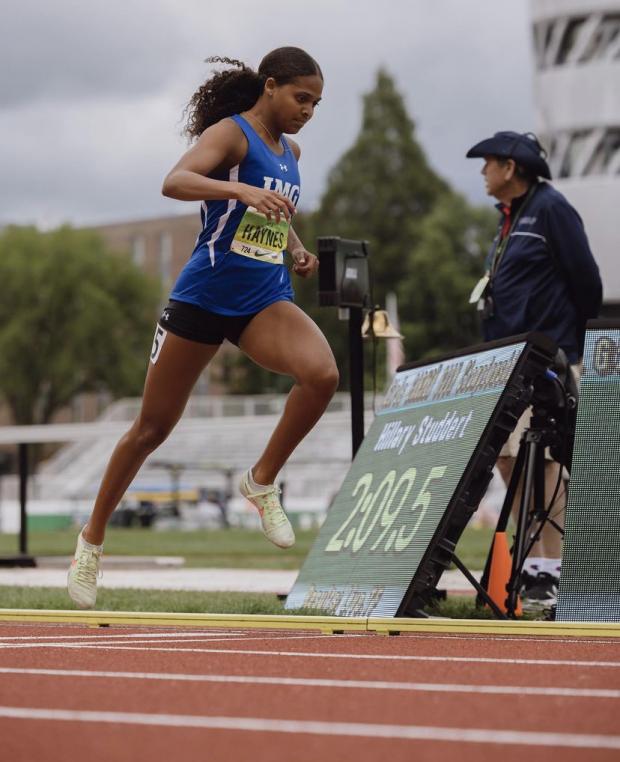 IMG Academy junior Layla Haynes earned All-American honors in the championship girls 800 meter run on Sunday at Hayward Field and had to do it from a slower heat in winning her section with another sub 2:10 performance at 2:09.74 to push her up to finish fifth overall among the 3 heats combined. 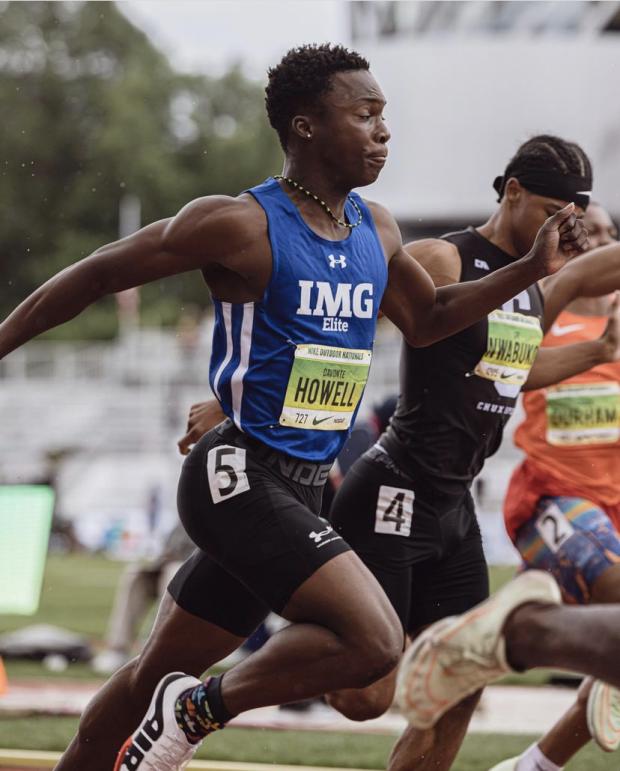 Haynes had two more teammates earn All-American honors in the championship division events in Eugene including sprinter Davonte Howell clocking a 10.58 performance in the finals of Saturday's 100-meter dash finals for the boys to place third. It was the fourth time that the junior Howell had run in the 10.5's this season.
Another teammate in David Frasier looked like a hopeful and likely All-American in the boys 110 meter hurdles after qualifying for the finals with the 7th fastest time in the prelims in the finals at 14.32, but struggled in his finals race to finish 8th overall at 15.11. Not too many events and few high school meets in Florida offer the hammer throw, but that did not stop IMG Academy's Kosi Umerah from becoming an All-American in the event at nationals with her second-best throw of the season at 49.83 meters or 163'5.75" to grab fourth place in the championship girls division of the hammer throw. Umerah had won a national title indoors in the weight throw (18 meters) at the New Balance Nationals in New York City. Calvary Christian junior Sophie Haag just missed All-American honors in the 100-meter dash finishing 7th place in the finals with an 11.80 clocking, while also narrowly missed another opportunity to be an All-American in the 200-meter dash as her time of 24.59 in the prelims placed her 10th fastest overall as the top 9 fastest advanced onto the finals. Beyond IMG Academy, Calvary Christian had one of the larger groups of athletes from the same high school traveling to Oregon from Florida. One of their top performers beyond Haag's near All-American showings in two sprint events was junior Sam Romerhaus winning the emerging elite boys javelin throw with a mark of 50.79 meters or 166'7.50" on Thursday, which was a significant personal best for him after finishing 5th in the FHSAA 2A State Meet. Cole Crkvenac, a two-time state champion in the javelin throw at New Smyrna Beach, just missed earning All-American honors by less than two meters in the championship boys javelin throw on Saturday with an eighth place finishing throw of 57.83 meters.

Another thrower from the Northeast corner of the state in Ponte Vedra's Nathan Lebowitz had a best throw of 54.16 meters in the championship boys discus throw competition on Sunday, which placed him 10th overall. Lebowitz had the best winner throw at the state meet last month as the 3A state champion. Shorecrest Prep sophomore Sonoma Kasica, the state leader and 1A state champion in the girls' javelin throw, actually competed twice over the weekend in the national meet in her specialty in two separate divisions. On Saturday, Kasica threw 39.01 meters or 128'0" to place 13th in the championship girls javelin throw. But on Sunday, Kasica threw for a further distance of 40.03 meters or 131'4" to place 8th in the "showcase" division of the girls' javelin.

Earlier in the week on day one of the event, Nease freshman and the 4A state champion Alexandra Bohanon had finished as a runner-up in the emerging elite division of the girls' javelin throw at 38.45 meters or 126'2".

Leon junior Alexandria Kennedy went from finishing third at the FHSAA 3A state meet to finishing fifth in the country for All-American honors in the girls triple jump with a season-best leap of 12.18 meters or 39'11.50" as she just missed getting over 40 feet.