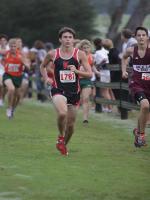 FSU Relays: Mother Nature Wins Day 2, Shortened Day Sum...
After a successful day one at the FSU Relays, as soon as day two started so did the rain. And boy did it come down! After getting off a few events after a morning delay, the remainder of the meet was ...

Coaching Champions: Kevin Curran (Bishop Kenny)...
Flrunners is reaching out to interview and recognize all of the head coaches from the victorious cross country state championship teams to give them the opportunity to reflect and share their feelings...
State cross country titles for Bishop Kenny boys, Bolle...
The Bishop Kenny boys and Bolles girls, led by David Yarborough and Mackenzie Wilson, respectively, captured Class 2A state titles by the same 41-point margins. In Class 4A, the Mandarin boys were sec...

2A Boys State Meet Preview...
A host of boys led by David Yarborough and Jonathan Klumpp vie for the individual win; Yarborough&#39;s Bishop Kenny heavily favored for team victory....
Bishop Kenny runners on a mission...
Channel 4 in Jacksonville did a feature video with the Bishop Kenny cross country team in their training leading up to the state meet. (via News4Jax)...

Overall Florida XC Top 25 Team Rankings...
These rankings are completely objective. Each team is scored based on their strength by season best times of their top five runners. Courses obviously vary in cross country, but at this point of seaso...