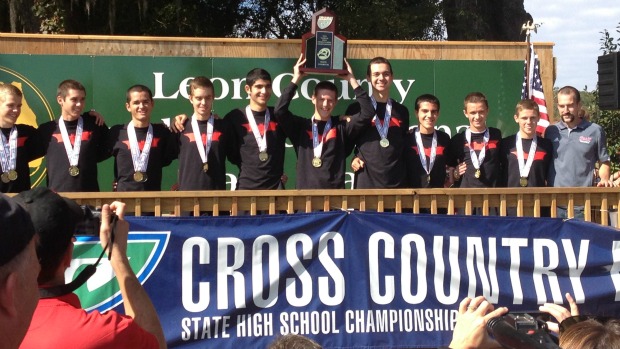 Flrunners is reaching out to interview and recognize all of the head coaches from the victorious cross country state championship teams to give them the opportunity to reflect and share their feelings and thoughts on their team's successful fall seasons culminating with state team titles. Coach Kevin Curran picked up his first cross country state title as a head coach while leading Bishop Kenny boys to this year's 2A crown.
How many years have you now been coaching?
This is my sixth year as a coach and second year as head cross country coach. 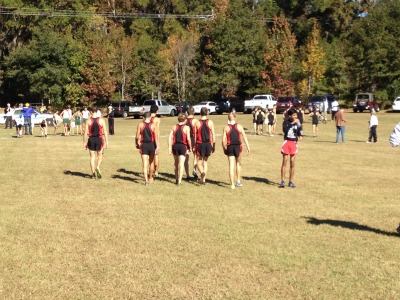 What advice did you give your team prior to the race or the week leading into the state meet?
I told them to run with confidence and without arrogance.
What was the race plan for the state meet and how did you feel it was executed?
We focused on running our own race for the first 600 meters and then getting into a good position at mile one. After that the plan was to start hunting down the other teams. They executed the plan perfectly and overall it ended up being one of our best team performances for the year.
What were your feelings and emotions when you realized your team had won or during the awards?
I was elated, we all were. This was the first class of kids that I have coached for all four years at Bishop Kenny, and this was my first state championship as a head coach. I think those facts made it an incredibly special way to win. We also had a lot of family, friends, and teammates come over from Jacksonville to watch the race and that just added to the excitement of winning.
What were the biggest challenges for this year's team?
We had a couple of returners who didn’t put in the work they needed to over the summer and we also lost two varsity potentials to injury in the early stages of the season. Our big challenge was carrying the number one ranking all season long. That can sometimes lead to a false sense of security. The seniors did a great job of stepping up and making sure that the younger guys didn’t get complacent.
What do you think were the keys for your teams to peak and perform their best at season's end?
I think the biggest part was that a lot of the guys had been there before. For first time varsity runners it is tough to keep the mental focus and physical sharpness during those extra three weeks of the post-season. The guys with state experience also helped temper the young guys from the over-excitement and adrenaline that can cause them to run recklessly. 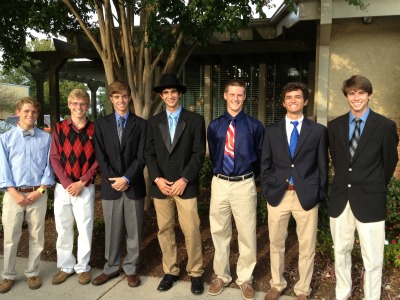 How would you best describe the group of kids that you coach?
They are great. We had close to seventy runners this year and they act like one big family. There is a culture among them that combines fun and family with commitment and competition.
What role do your assistant coaches play with the program?
With such a big team they are invaluable. This year, I was able to bring my brother Mike in to help me coach. He ran at BK in the mid 90’s and has a great sense of the tradition of the program. I was also able to get one of my former runners, Stephen Butler, to come help out. Day to day they run with guys, help monitor workouts, and take splits at races, but having been involved with the program they help reinforce the dynamic that has made BK a championship program for more than twenty years. My brother helps motivate and inspire the guys before races and is someone I can use as a sounding board for new ideas.
What role do your parents have with the program?
We have great parental support. They help run and organize the concession stand when we host races, they create banners for the team camps, they host Friday night pasta dinners, they chaperone volunteer opportunities for the runners, and so much more. Not to mention they are willing to get up at 5:00 a.m. or earlier on a Saturday to drop off their runners before a race.
Who were the leaders on your team and what was the importance to the squad?
At the front, the experienced guys on varsity, like Michael Barr, Zach Perry, and David Yarborough, help drive the goals of the top seven and they focus the other varsity runners. However, our team wouldn’t have the depth and strength it has if it weren’t for the senior leaders like Adam Conrad, Matt Garizio, and Nick Freiha pushing themselves and motivating the 50+ JV runners on the team.
Who was the biggest individual surprise or runner that most impressed you with their improvements this year?
The biggest surprise was junior Alec Sharpe. He ran 18:18 as sophomore, but lacked an aggressive approach to racing. Over the summer he got stronger, stayed healthy and was able to get some good mileage in his legs. I think that gave him confidence to start looking at the pack ahead of him and when he did he quickly caught up. He likes to boast that he PR’d in each of the first six races of the season and he got his seventh at the state meet, running 16:47.
What are your expectations for next year's team?
We return five runners with state experience so the goal is to come back and try to repeat our performance from this year. We will be facing off against favorites Tampa Jesuit, a hungry Immokalee team, and a few other historically good teams with a chance to make a title run. It’s going to be a tough task, but that makes it all the more exciting.