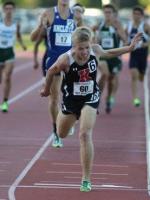 Salute To Seniors: David Yarborough - Bishop Kenny...
The 2013-2014 school year has provided some great highlights in both cross country and track across the Sunshine State. In the coming weeks many of our seniors will head out to start their college car...

Top Ten Returners By Class: 2A Girls & Boys...
The 2014 track and field season is looming with several preseason meets this weekend and the start of the regular season right around the corner. Over the coming days we will take a look at the top te...

Scouting Report: Bishop Kenny Boys...
The Bishop Kenny boys cross country season ended the 2012 season with a 2A state championship, their 8th in the program&#39;s history. Coach Kevin Curran was impressed with the consistency of last yea...