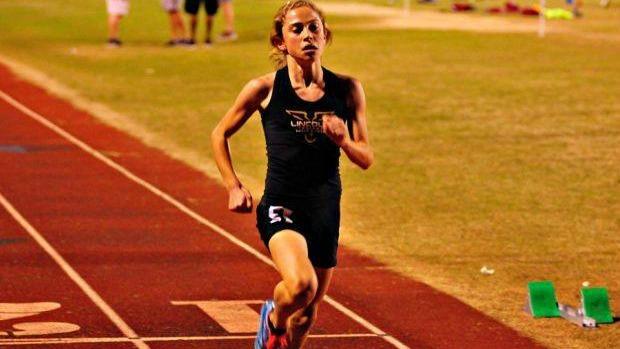 Churchill, who is a homeschool student, ran for Swift Creek Middle School where she became known around the city of Tallahassee, as she won the city championship in the 1600 in back to back years. Churchill opened her high school cross country season with a blazing 18:46 at a very hilly Cougar XC Challenge on a warm August morning.

That was the beginning of a historical season for the Lincoln freshman who capped off a tremendous season by winning the 3A State Cross Country Championship. In her effort to become a champion she ran a season PB of 17:55, where she ran past fellow freshmen Valerie Lastra. Churchill opened up her first high school track season right where she left off as she ran the current #2 US time in the 3200 at a 10:32.53.

Churchill is coached by Chris Sumner, who has nothing but great things to say about his freshman sensation. "She carries herself in a wonderful manner, as she is very quiet and humble and everything you want in an athlete." He continued, "Her sister Megan and Alyson are both extremely hardworking athletes, and it is just really fun to coach these two girls." Alyson's twin sister Megan also runs for the Trojans and is a decent runner herself. The relationship the girls have is a really unique bond as you can see the love they have for each other.

So far in 2017, she has run two 1,600m races and both resulted in wins and sub five minute times.The first at the Chiles Freshman-Sophomore Championships (4:58.08) then at the Bob Hayes Invitational where she lowered her personal best to a US #10 time of 4:57.36.

As for the rest of the season, the goal is to prepare for the State series and to make sure Churchill is rested and ready to race. Coach Sumner said that his biggest concern will be making sure she can run well in all of her events at the Region 1-3A meet which he considers the "region of death".

Sumner has done a really good job of taking it one race at a time and one season at a time, "I don't want to put any unnecessary pressure on her and I want her to focus on the present, rather than worrying about something that is still some ways away." He also added, "My job as a coach is to make my athletes better as they progress, and rather than worrying about winning or losing, I concern myself with making my team stronger and faster." 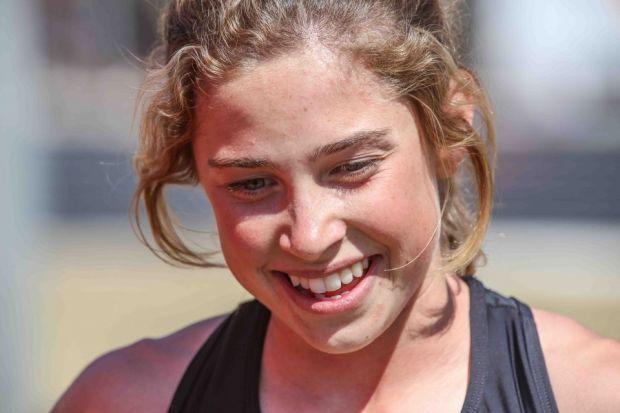 As for this weekend at Mike Long Track, Churchill will be running the 3200 on Friday night and then coming back on Saturday to run in the 4x800 and then the 1600. The race strategy for her events are to feel as comfortable as possible and hang on to the lead pack. Sumner feels that Churchill's strengths are that she is young and in really good shape and has very good endurance. Churchill will get all she can handle come Friday night under the lights, and you can believe she will be ready for another opportunity to shine bright!

By The Numbers (Personal Bests)