The 2017 FSU Relays had a lot of big time athletes competing and as most people expected, it turned out to be an amazing weekend of high school track and field. Ten meet records went down and an additional four were set as the Sprint Medley Relay and 200-meter dash were added to the race lineup this year. We break the weekend down by the numbers in this recap of the 2017 FSU Relays. 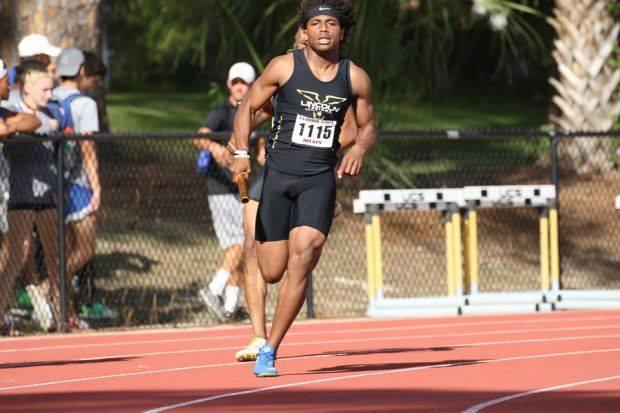 70- the total amount of team points the Lincoln High School boys racked up. Marquel Pittman helped his team by winning the 100 and 200, by upsetting Lavonte Valentine in the 100. Pittman also helped his team with an additional eighteen points by coming in second in the 4x100 and winning the boys 4x400. Pittman has the attention of many and should be a dark horse in the 100 and 200, and could be the X-factor to knock off the 3x State Champs, Chiles High School. Lincoln also came in second in the boys 4x800 to propel the team to be the 2017 FSU Relays Team Champs. 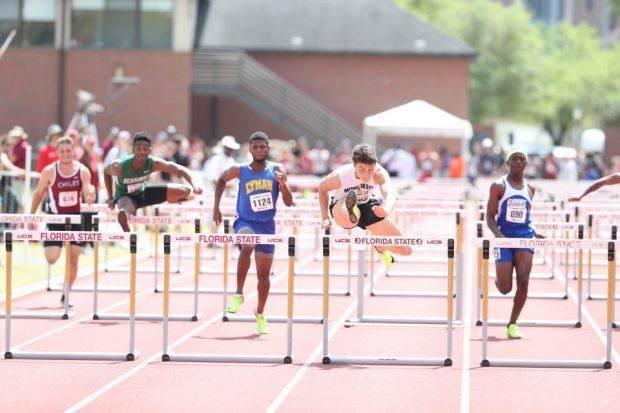 2- the number of #1 US times that came out of the 2017 FSU Relays. Trey Cunningham, the FSU signee, made the trip from Alabama to compete against quality 110 meter-hurdle athletes. Straight from the blocks he dominated, as he cruised to a 13.51. Cunningham is the New Balance Indoor Nationals 60m hurdle champion and world record holder for U-20 in the 60m hurdles. After the race, he was not pleased with his race and wants to go sub 13 in his senior campaign. The other US #1 is as impressive as it was Alyson Churchill who took off from the gun and ran a 10:23.81 in the 3200, all by herself. Churchill, a freshman from Lincoln High School, has established herself as one of the best distance runners in the country. 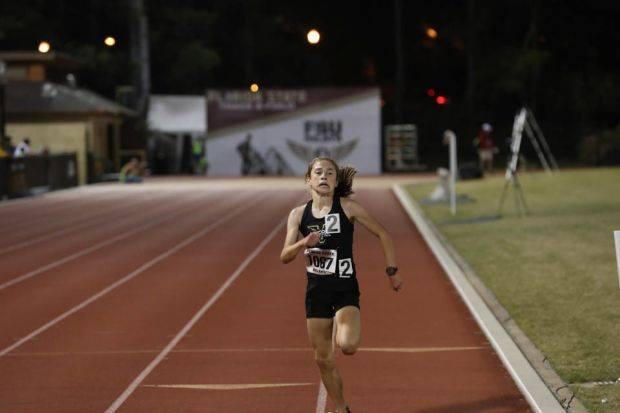 11- is the number of best FL marks that came out of the FSU Relays. On the girl's side they were led by Churchill in the 3200, but it was Fort Myers's Kristlin Gear who set the fastest 1600 time in FL at 4:52.09 as she led from the gun. On the field side it was Javonia Ellis from Lake Minneola who set the best mark in Florida in the long jump, while Nekiema Obike from Atlantic Coast took the triple jump best mark in Florida. Pine Forest set the Sprint Medley Relay best time in a time of 1:47.70 in a quality field. On the boy's distance it was Lincoln Park Academy's Caleb Pottorff who set the best 3200 time with a 9:03.44 and in the 1600 its was Chiles High School's Michael Phillips who ran 4:13.53. As for the middle distance, Lakewood Ranch set the best 4x800 time in a 7:55.18 and their stud John Rivera took the best FL time in the 800 as he blazed a 1:51.89. On the field side it was the Pine Forest's junior Tony Bridges who set the triple jump best mark in 14.06m. The last FL best was set in the boys SMR with East Ridge HS setting it at 1:32.07. 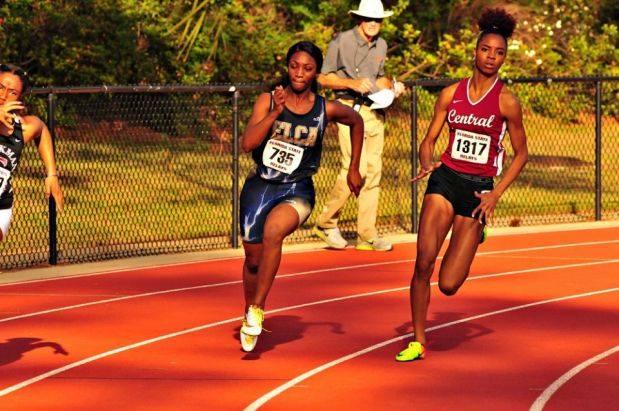 600- the total amount of meters that Karimah Davis ran as she won the girls 200 and 400 meter races at the 2017 FSU Relays. Davis broke the 400-meter record as she ran a blazing 53.78, which clobbered the previous meet record set by Abby Hani of Lake Mary Prep in 2013. Davis set the record in the 200-meter dash as she edged FSU signee Katia Seymour from Palatka HS. Davis ran a 23.38 in the first 200-meter dash ever held at the FSU Relays. The senior is an FSU commit and will be a threat to reckon with down the stretch, as she has shown she can run with the best in Florida. 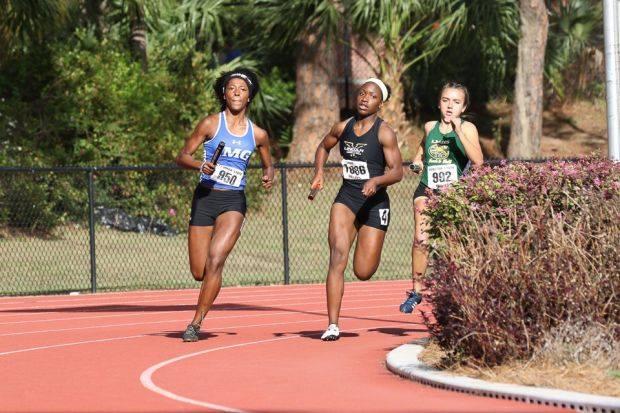 .5- the amount of points that the IMG Academy girls beat Lincoln HS by, on their way to being crowned 2017 Girls FSU Relays Champs. It came down to the very last event as Lincoln was ahead of IMG by 3.5 points as they headed into the 4x400. The two strong teams were neck and neck throughout the race and it came down to the last 10 meters, where it was IMG that inched ahead and beat the Trojans by .4 seconds. The Trojans finished third as Lake Minneola just nudged past Lonzetta Simpkins of Lincoln, which gave the IMG Academy girls the win. It was a collective team effort as the only another win for the Ascenders, was high jumper Alix Still who won the event by .05 meters. This team win could be the push IMG Academy has been looking for, to prove they are not just a football and basketball school.