It was a beautiful Thursday afternoon at the Sydney Dover Trails in Brandon for the Seffner Christian Invitational. Nearly a dozen teams made the trip to the course which they ran backwards for this race. They started off in a nice open field before testing their toughess on the sugary sand trails and mini hills the course threw at them. Jeff Adams was on-site with over one thousand photos! 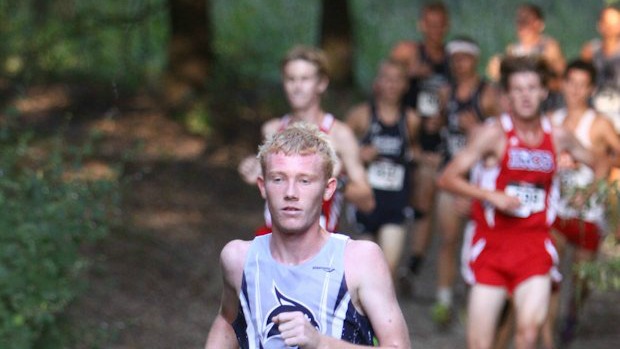 In the boys varsity race, North Port senior David Gardner won his first meet of the year. Gardner ran a tough race jostling for position early on with George Jenkin's junior Landon Schneider and Mckeel Academy's Casey Brady. Gardner pulled away late in the race to finish first in a time of 17:15.90 and a 5:33 average mile. Scheider finished second in 17:26.30 while Brady rounded out the top three in 17:30.70. Brady's finish, however led McKeel Academy to the team edging out Northport by just two points 58 to 60. George Jenkins and Indian Rocks Christian tied with 87 points, but George Jenkins got the third spot when the tiebreaker was broken. 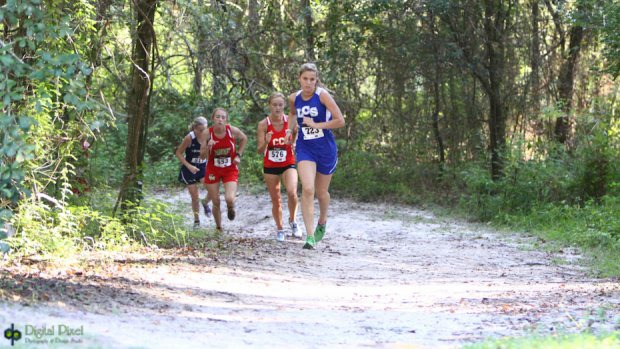 Calvary Christian freshman Hannah Brookover has only run in two races in 2012. The Seffner Christian Kickoff the first week of September and the Seffner Christian Invitational. She finished third in the earlier meet and improved on the performance with a new personal best time and win in 19:59.40. Brookover tookover the race early on and bested a competitive field by 11 seconds. Grace Cassagrande of Cardinal Mooney was second in 20:10.80. Saphara Harrell who won the Anclote Invitational last week was third with LCS senior Mallory White in fourth. White lead Lakeland Christian to the team title with 53 points. LCS placed all five runners in the top eighteen spots and six runner in the top twenty-five. George Jenkins (73 points) and Indian Rocks Christian (107 points) finished second and third. 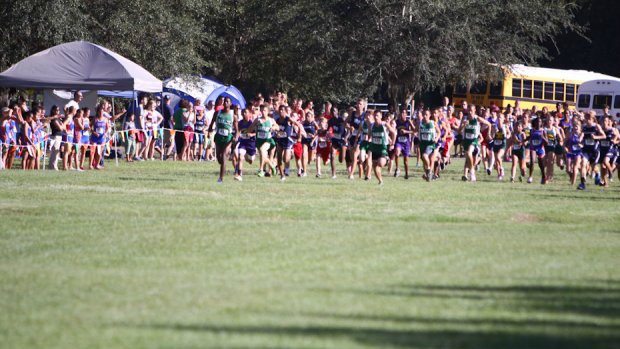 The story of the junior varsity races was St. Stephens' sophomore Toby Howell. Howell posted a winning time of 17:57.40 which would have placed him tenth in the boys varsity race.. His nearest competitor Mitchell Pantelides of calvary Christian was second in 19:10.60. Howell's teammate Brian Gentry was third. Ryan Codd who finished fifth helped George Jenkins claim the team title.

On the girls side, it was more St. Stephens. Lauren Csubak took the win in 22:14. Sixth grader Cadi Rowe of Real Life Christian Academy who won the middle school race at the flrunners.com Invitational was second in 22:42.50. Toby's sister Hannah Howell was third. Indian Rocks Christian lead by Jordan Mott's fourth place finish was number one in the team standings.