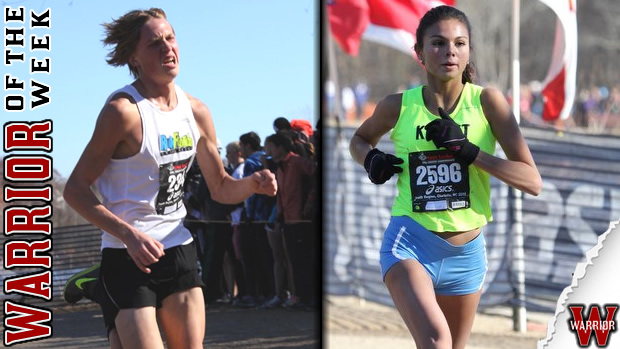 Ace Brown has been an asset to the Fort Myers cross country program the last four years. Coach Yancey Palmer describes Brown as a work horse and says that the senior has been a gem to coach. In recent weeks, that gem has shined brighter than ever. At the Cross Country Finals Brown finished fifth in 15:43.56. It was his fourth and final time running at state and his best time and finish of any previous championships, but their was no rest to be had. The following Monday, Brown got back to work in preparation of the Foot Locker South Regional. Palmer says the week was all about maintaining his fitness.
"We did 3x1mile on Monday and then 6x90seconds hard on Wednesday. Thursday he ran a few miles and we headed to North Carolina on Thursday night. The most imporatan part of the week was getting ready to race in a large crowd at high speeds. Ace does really well when he just runs and does not try to make specific time goals."
One advantage the senior had over others was his familiarity with the course. In 2010, Brown ran in the sophomore race and last year competed in the seeded race placing 44th in 15:42. During the week before the race Palmer and Brown sat down and talked about specific places on the course that others may slow down on or places he needed to stay focused on. Coach Palmer says the game plan was to run a smart, tactical race.
"We wanted him to continuously move higher and higher into the field as the race progressed. Especially after “the hill” and around the lake."
Brown executed the plan to perfection picking off runneres en route to a 19th place finish and a neew personal best of 15:21.00 on a challenging McAlpine Greenway Park course. He was the first Florida finisher of the afternoon as well, a feat that Palmer says he is well deserving of.
"He ran great, so smooth, it looked effortless, although I know better. He just put a lot of things together. After the race I told him he needs to remember that feeling and mind set. If he can be like that regularly, he will do great things in track and in college racing."

It seems like Julie Wollrath has been making her mark on the running scene for years, but the Holy Trinity star is only a sophomore. Coach Doug Butler says over her past four years at Holy Trinity, Wollrath has become a smarter racer. He adds that she still feels she needs to lead races, but is starting to come around more. That maturity was on display this cross country season. She won every regular season race she competed in this year with the exception of two; Great American where she finished 17th and Pre-State where she was fifth.

Most recently she competed at 1A state cross country championships where she crossed the line in 18:15.49 to claim her second straight title. The hard work didn't stop there. Butler and Wollrath prepared for their next challenge, the Foot Locker South Regional in North Carolina. Butler says it was important for her to peak at just the right time.

"It's a long season for those kids wanting to make Foot Locker so it's important not to kill it early in the season. We don't hammer a lot of speed work all out early on so that those kids will still feel like racing in late November."

Wollrath finished 32nd at Foot Locker South in 2010 and had high hopes of cracking the top ten and earning a spot to Foot Locker Nationals in San Diego. Butler explains that the game plan going in was to sit back and stay with the leaders early on.

"The plan was to go out and sit in the lead pack for the first couple miles. She was running side by side with the leader at 400 meters in the race. It's not where I wanted her to be though. She was in 13th at the mile and 9th at the two mile, so she was running very well. She has not come close to racing to her potential yet, so she has a new level of motivation and I think 2013 will be a great year for Julie."

Butler knows what great runners are like. He has coached multiple state championship runners and teams over his time at Holy Trinity. Wollrath has had success on both the cross country course and the track. Butler says that when all is said and done the youngster has the potential to be one of the best ever.

"Julie will leave here in a couple years as one of the top two most decorated athletes in Holy Trinity school history. That's huge considering the success we have been fortunate to have."