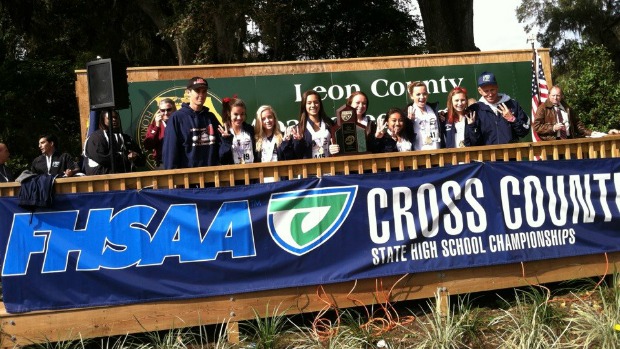 Flrunners is reaching out to interview and recognize all of the head coaches from the victorious cross country state championship teams to give them the opportunity to reflect and share their feelings and thoughts on their team's successful fall seasons culminating with state team titles. Coach Sommer has helped Estero become of the best girls teams in the state year in and year out. The Wildcats recently won their third state title in three years. 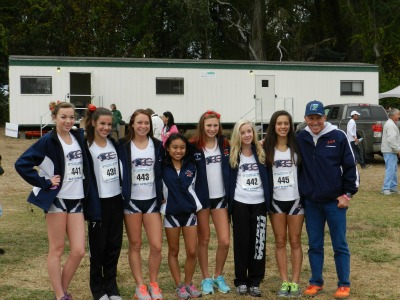 I have been coaching for 25 years.

I told the kids that we had beaten everyone in this race at some point in the year and that we work as hard as anybody. I also told them to trust your training, be mentally tough, and to want it more.

What was the race plan for the state meet and how did you feel it was executed?

The race plan was to ho out under control and to make strong moves back in the woods where the crowds would be smaller. Also, to hurt in the middle of the race and not try to look good at the finish.They executed it well. All seven kids ran their personal bests for the season

What were your feelings and emotions when you realized your team had won or during the awards?

I understand how hard my student/sthletes work. On top on rigorous practices at 5:00 a.m., they are all in very good academic standing. I was so emotional to know that these kids work so hard and to know that they accomplished a three-peat was so special. 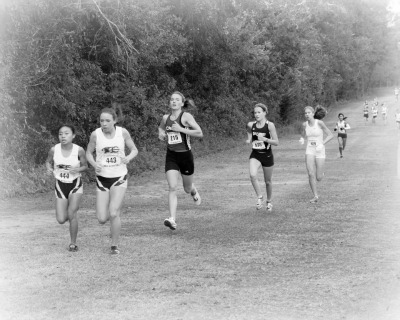 The biggest challenge was trying to live up to the expectations people had for our team. We had three girls quit who had two rings on their fingers. They had to be replaced with younger kids with no experience.

What do you think were the keys for your teams to peak and perform their best at season's end?

We focus on speed work as well as long runs. We also do a ton of boot camp work where we swing sledgehammers, push tractor tires, focus on plyometrics, work on agility and mental toughness. It is the whole package. Then during the end of theseason we back off. However, we do not back off entirely. We go from 65 minute workouts to 60 , then 55, then 53. We also go from 100% to 90% and down to 75% intensity. We back off, but not enough to lose the gains we made on and off season. We run tired all year and then try to have fresh legs at the end of the season.

What would you consider as the low point of the team's season? How was the team able to respond?

The low point comes every year when motivation goes down. When you get up every morning and hammer everyday, athletes can get burned out. Sometimes the kids lose focus if they can't see the light at the end of the tunnel. However, we do a lot of team building and I let the kids take over and motivate each other. We also have a lot of fun and I try to reward the kids as much as possible. They work hard, but they are still kids and need support. 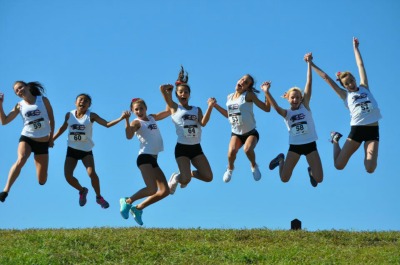 These kids are respectful, kind, and focused. They are also intense competitors who are not afraid to push the limit. They are an absolute joy to coach.

I always say that our program would be nothing without all of the people who help out. I have people around me that organize practices, try new things, drive the kids to where they need to go, book hotel rooms, give me motivational speeches when I am down, and so much more. I am so grateful to the coaches and parents in our program because I cannot do this alone. They all make me look good.

What role do your parents have with the program?

Parents do everything from feed and drive kids to have little parties to celebrate accomplishments. Probably the most important thing parents do is buy in to my philosophy and trust what I am doing. They turn up with their kids every morning at 4:45 a.m. and trust me that I will do right by them. 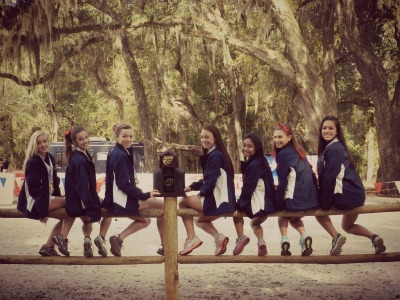 Intense. I like to yell and scream and I want the kids to leave it all at practice. If we are going to get up at 4 a.m. and train at 5 a.m. it better be worth it. I also like to laugh and hug my kids. I yell because I care and they know that.

The leaders on the team are my top four runners. They really revved up the intensity and commitment to the team. They are motivators and are determined to improve every race and most did, which motivated others to do the same.

They all impressed me. I would have to say that the younger runners really stepped it up. They pulled off some amazing times and helped us get the ring.

I always went to try to compete with the best in the state. We will see if I have seven kids that want it as bad as I do.